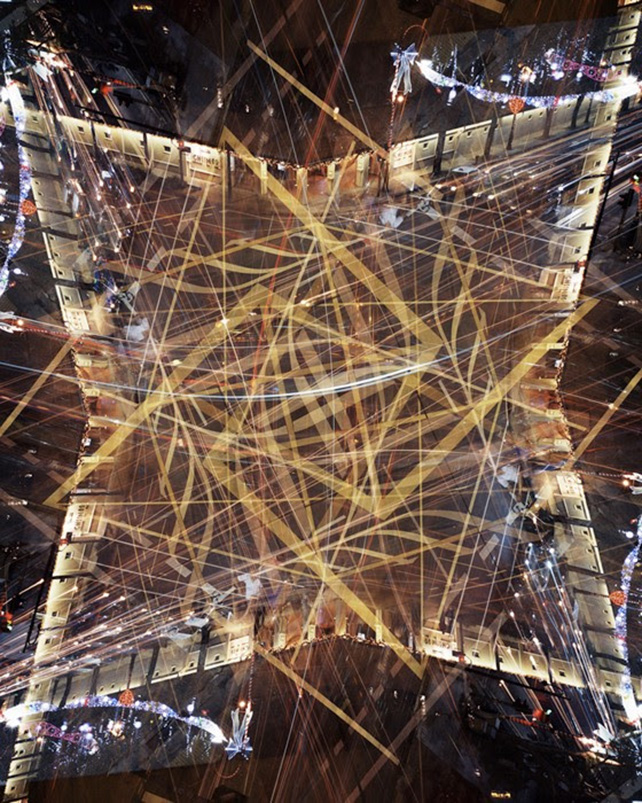 As an extension of Mintio’s preoccupation in photographing urban lighting as astronomical studies, Trajectories and Orbits is a study of the artist’s pyschogeographic movement and documentation through the urban environment. The artist threads through the key passages through the city, tracing illuminations recorded by camera in a dizzying array of light, overlapping and permutating in chaotic patterns.