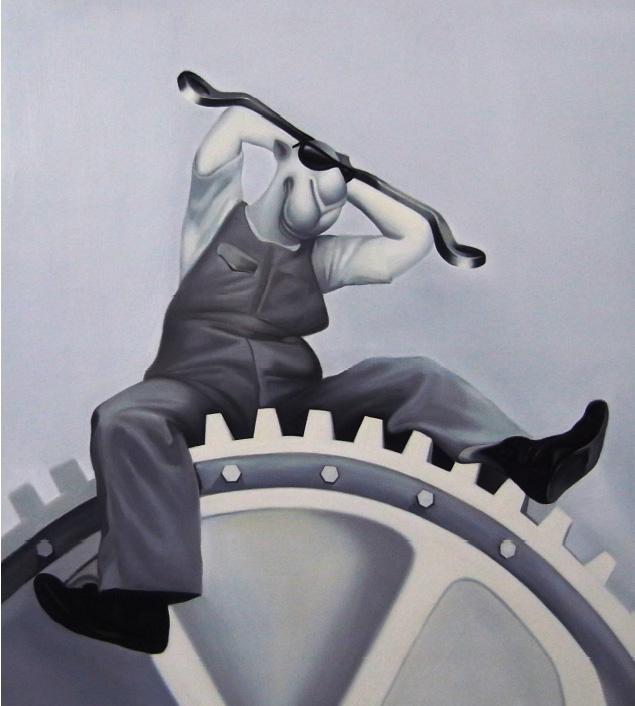 In the age of the Internet today, when recalling the modern industrial era with continuous crazy surges, it feels like an elusive chant from centuries ago. Modern Times is the indelible era existing in memory, involving with mixed emotions of bizarre and anxious. Among the cold and hard machines, human individuals seem like being wandering around, meantime function like an obscure part of the operating machinery. Human and machine together make up the best and the worst of the time as it is. Separating from the era of internet we live in, Modern Times is rooted in retrospection and imagination of classicalism; Modern Times is far more than the period of time from 1920s to 1990s, it is closely related to our current daily life in the respective of extension of time, furthermore, Modern Times has been a mode of cultural memory which recollected a long time ago. In the context of Chinese intellectual history, “The Plum in the Golden Vase” (Jin Ping Mei) may be regarded as one of the masterpieces which depicted lots of Chinese traditional culture phenomenon, among which is sex and fortune, which may be traced back and considered as “original sin “in Modern Times flooded with desire.

Once upon a time, with dazzling gleams, gorgeous products manufactured in factories, Modern Times was considered to be bright and vivid; however, when journey into recesses of our emotional and mental landscapes, Modern Times might be considered as period of gloom and sorrow, like in Charlie Chaplin’s white-and-black film “Modern Times”, one struggled to survive in the modern, industrialized world, where the inescapable desperate completely overwhelmed him.

This exhibition presents a blend of contrasted styles and colors in artistic creation, which incorporates a whole spectrum of colors with reflection of different aspects of urban life, and the very essence of the frenzied, absurd, cold and rapidly-changed Modern Times.