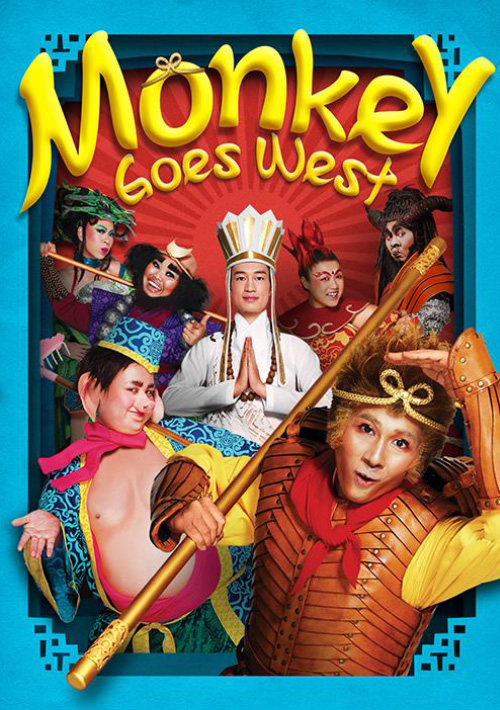 In the Year of the Monkey, W!LD RICE looks East for its 13th holiday musical extravaganza for the whole family! Named Production of the Year at the 2015 Straits Times Life! Theatre Awards, Monkey Goes West is an affectionate and cheeky re-telling of the beloved Chinese fantasy classic. Join us for this epic thrill ride that will take you from Haw Par Villa to Jurong West, by way of a colourful world filled with mythical monsters and naughty fairies!

When orphan Ah Tang runs away from home after quarrelling with his adoptive family, he finds himself transported to a new, strange land. There, he befriends a trio of fellow travellers: Wukong, the cheeky Monkey King; Pigsy, a brave but always-hungry warrior; and Sandy, a stubborn but loyal river ogre.

Together, the fearless foursome embark on the adventure of a lifetime, one fraught with trials and dangers aplenty. Can they contain the rowdy mischief of the fire-breathing Red Boy? Will they be able to defeat the monstrous shape-shifting King Bull? How in the world will they get their hands on the magic fan of the man-eating Princess Iron Fan? Most importantly, will Ah Tang ever find a place that he can call home, truly?

This award-winning production is directed by Broadway Beng Sebastian Tan and written by Alfian Sa’at, with music composed by Elaine Chan. Packed with catchy songs, hilarious gags, wushu and magic, Monkey Goes West promises to brighten up your holiday season and keep you and your loved ones laughing well into the New Year. Come and be entertained… and enlightened!