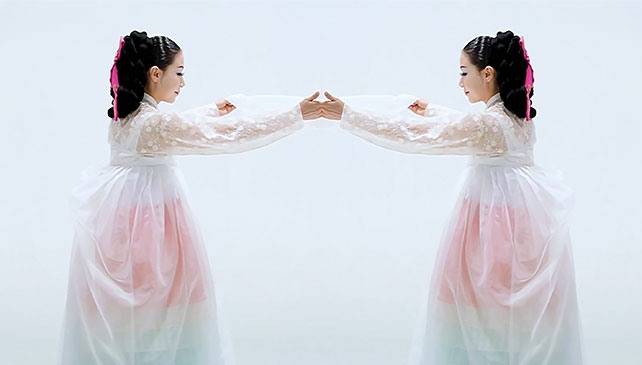 Ota Fine Arts Singapore presents “Motions”, a group exhibition by 7 artists from different parts of Asia: China, Hong Kong, Indonesia, Japan, Korea and Singapore. This exhibition relooks at the beauty of motion, familiar from our everyday life, and explores its meaning through diverse visual expressions including video, photography and installation work. A wide range of visual art generates new perspectives to our common knowledge towards the process of change.

Sound and motion are closely related and exist in our everyday life in the form of speech and body language, as well as in film. Singapore-based Indonesian artist Betty Susiarjo presents her installation work “Anemones” (2011), which resembles sea creatures from the depths of the ocean. Speakers containing glitter are placed on the ground, projecting the sound of waves, akin to the rhythm of life and breathing of the universe. The glitter “jumps” up and down according to the vibrations produced by the sound waves from the speakers: the sound is physicalized and becomes a movement we can see visually. On the other hand, Samson Young, an artist from Hong Kong, approaches the relationship between motion and sound in a different way. In his video work “Muted Situations #2: Lion Dance” (2014), he creates an unusual setting where the traditional Chinese lion dance is performed without any percussion music. This prompts the realization of how the movements of human beings are inter-linked with our perceptive memory such as specific sounds that are often taken for granted. Similarly, Beijing-based artist Chen Wei’s recent series of work “In the Waves” (2013) are still images void of sound. This body of work shows young people dancing in a club under spotlights. Instead of showing a frenzy, Chen shows the intoxicated faces of dancers. According to him, this reflects the current situation of young people in China: it brings relief and pleasure to be floating in the waves of society, but at the same time it makes them afraid of being washed away. 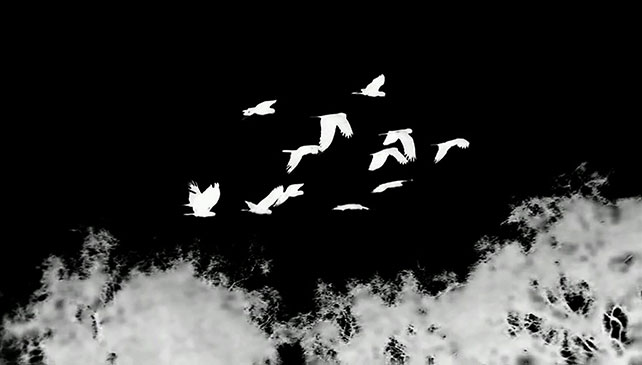 Motion can also be perceived differently depending on how one views it. London-based Japanese artist Hiraki Sawa experiments with this notion of perception in his duo-channel video work “For Saya” (2011). One screen shows a lady in a black dress dancing with light steps, while the other screen presents the exact same image with a time lag of a split second. The human’s senses, coupled with cognitive interpretation, perceives the videos in both screens as different, although they are in fact the same. In Sawa’s other video work, “Tracking” (2010), the entire scenery is presented in inversed monochrome – white birds flap gracefully against the black sky. This work shows the movement of trees from right to left as the birds continue to flap in the middle of the projection, invoking in the viewer an experience of moving in the same direction and speed as the birds, instead of viewing them from a stationary spot. Through the use of photography, Singaporean photographer Victor Gui manipulates perception of time and space in his work titled “Passing” (2015). Gui places a pinhole camera on the dashboard of his car and over a long exposure of approximately 30 minutes, documents his entire journey in a single shot. These images on photosensitive paper are the compressed representations of his journey, blur yet strikingly vivid.

Physically, motion is also inseparable from the concept of the body. Shanghai-based artist Tang Dixin experiments with the movements of the human body in his performance “Mr. Hungry” (2015), performed at Hunter College of Art, New York. In this performance, he established a rule not to touch the floor with his feet – instead, he carries a few books in his hands, throws them across the room, and, using them as stepping stones, makes his way forward. He then retrieves the book which was already stepped on, and repeats the process of creating a path of books in front of him. With this, the artist explores the movements of the body in relation to space and environment, as well as other conditions. On the contrary, Korean artist Yeesookyung relates to the body in the form of dance. Her video work “Twin Dance” (2012) shows two women in identical clothing performing a traditional Korean dance in an almost exact same way, as if one is the mirrored image of the other. Through extremely elegant yet uncanny gestures of the dancers, the artist expresses the dual identities of one person.

This exhibition reveals the interconnections between the works of these 7 artists, in spite of their unique executions. With motion as a starting point, this curation prompts the viewer to delve further into the respective concepts of each artwork.