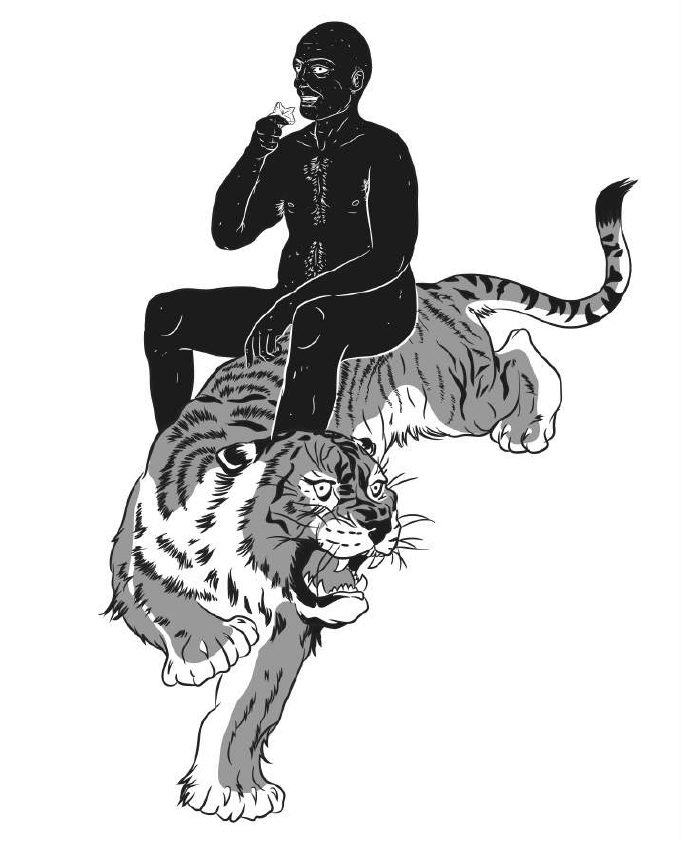 Muhammad Izdi is a visual artist with an ever-evolving practice. A graphic designer by training, he graduated from Singapore Polytechnic in 2007, and cut his teeth as the lead designer for contemporary art institution, the Singapore Art Museum (SAM). From 2010 to 2013, as SAM’s Senior Designer, he conceptualised and executed its visual communications across the gamut of branding, marketing and advertising.

The Brown Dabble is Izdi’s first solo exhibition and features artworks ranging from animation, sculpture and prints. Referencing traditional legends placed in context of current capitalist tendencies, Izdi composed tableaus centered on the exploits of a dominant bogeyman figure. Far from being fabled ghosts of urban legends, this central figure epitomizes the ‘hidden hand’ that maneuvers in blind-­side, using sophisticated tools to misdirect and profit from the insatiable greed of mankind. Amongst the real-­world emblems borrowed and embedded into the artworks is fascinus, a phallic cult manifested in the form of pendants, rings, bells and jewellery used by ancient Greeks to ward evil and conquering army generals; the tiger, predominantly used as a symbol of dominance, ferocity and sexuality in Asia; and severed pig’s head representing power, savagery and sacrificial offerings.