Wong Maye-E: North of the DMZ 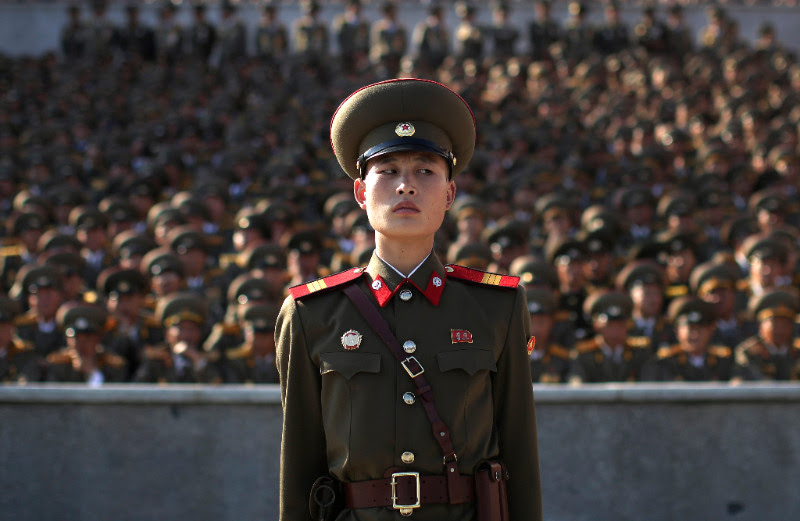 Perfectly symmetrical national parade displays to fun a day out at the beach – these are some images that will be showcased at North of the DMZ, a photography exhibition by Singapore photojournalist Wong Maye-E that will feature the world’s most reclusive state, North Korea. Wong has been the Associated Press’ (AP) lead photographer in North Korea since 2014, and this will be her first solo exhibition.

North of the DMZ invites visitors to consider images from official rallies and parades alongside quieter moments of everyday life, giving dimension to North Korea’s carefully cultivated national image through a selection of more than 70 photographs taken from a body of work that has been built over two years. Through images of the country in the throes of nationalistic fervour to intimate slices of life on the streets of Pyongyang, the exhibition aims to raise questions about subjectivity and access, propaganda and reportage, perception and reality.

This exhibition spotlights the work of Wong Maye-E, a veteran photojournalist who has covered major events such as the 2014 World Cup, the 2014 Winter Olympics in Sochi, Thailand and Hong Kong political protests, the devastation of the Philippines typhoon and the garment factory collapse in Dhaka. Starting out as a freelance photographer for AP in 2003, she then worked for national broadsheet, The Straits Times, before becoming an AP staff photographer.