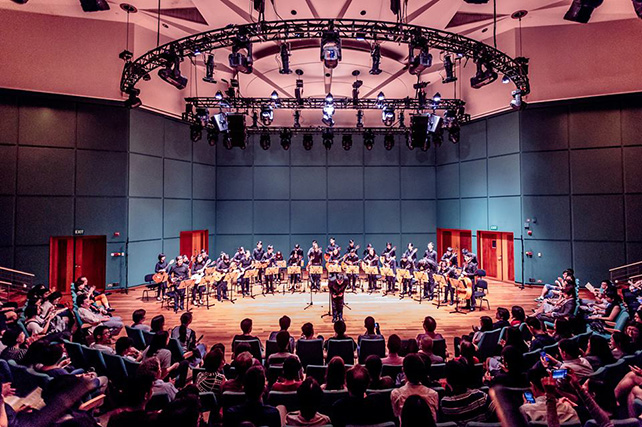 The NTU Guitar Ensemble (NTUGE) was founded in 1985 as one of the first guitar orchestras in Singapore.This year NTUGE continues its annual concert with the name “Nocturne” which has been with us since 1985. “Nocturne 2018” explores a selection of songs yet to be performed by Singapore guitar ensembles including classical music, recently released movie soundtracks, classic pop tunes and original pop song arrangements by NTUGE members. “Nocturne 2018”, unlike previous years, is a concert of full ensemble performances and will further display the depths and vigor of a full guitar orchestra. We present to you “Nocturne 2018”, with a brand new exciting repertoire.