Nyonya Needlework: Embroidery and Beadwork in the Peranakan World 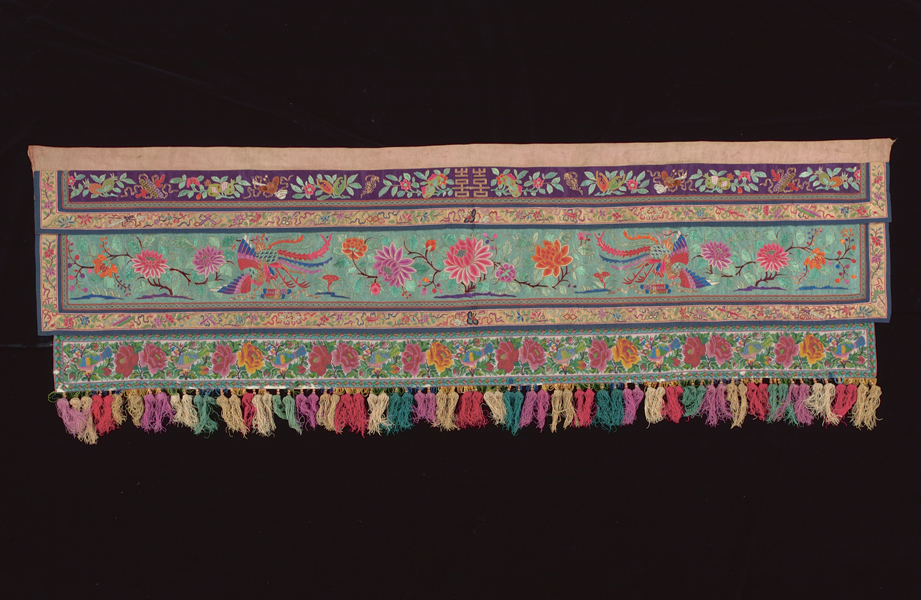 While the origin of embroidery can be traced to China, and that of beadwork to the Middle East, Southeast Asia in fact played an important role in the expansion of designs and styles of needlework in the 19th and 20th century. The Peranakan Museum’s latest exhibition – Nyonya Needlework: Embroidery and Beadwork in the Peranakan World – demonstrates just that – how the Peranakans struck a balance between innovation and working within traditions, as they hand-fashioned and adorned important ceremonial objects, couture clothing and accessories, as well as ordinary household items with gold threads, silk floss and tiny beads. In the process, new needlework styles and techniques were born.

Nyonya Needlework showcases close to 200 intricately embroidered and beaded artworks, with nearly half of them from Singapore’s National Collection, attesting to 30 years of dedicated collecting by Singapore’s museums. Singapore now holds the largest collection of nyonya needlework in public hands. Complementing objects from the National Collection in the exhibition are works from private lenders, and also the Rijksmuseum and the National Museum of World Cultures in the Netherlands. The exhibits include celebratory items such as wedding slippers, bed and wall ornaments, and personal accessories such as belts, purses and handkerchiefs, and some of the earliest dated embroidered and beaded nyonya pieces. Representing millions of hours of painstaking hand-stitches, these objects tell stories of Peranakan celebrations and daily lives, and the cross-cultural influences encountered in the increasingly cosmopolitan world in which they lived.