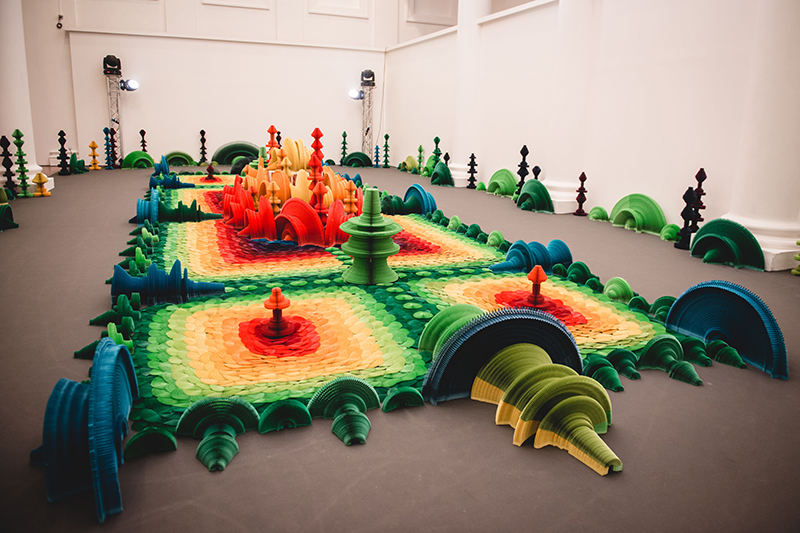 Li Hongbo’s paper sculptures breathe fresh air into traditional Chinese arts and craft. Li transforms his medium, paper – one of the key inventions of Chinese civilisation – through deconstruction and reassembly. In doing so, he draws attention to the hidden essence of an object’s existence.

Ocean of Flowers presents a sprawling landscape made of thousands of brightly coloured ‘flowers’. When flattened, they are revealed as weapons such as bullets, handguns, and AK 47’s. Offering a platform to reconsider current ideologies and to rethink the familiar, the work speaks of power, peace, destruction and beauty.