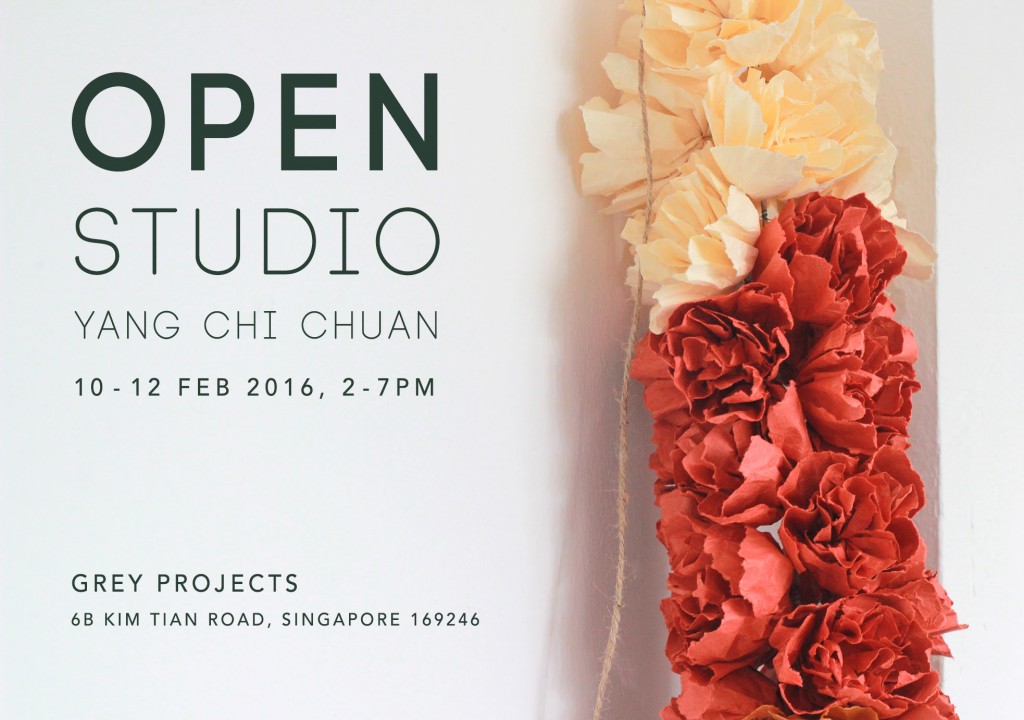 Chi Chuan’s interests have lain in studying the small perceptual sensations that one encounters while navigating through life, the environment, and time. In Singapore, she will move away from her previous experimentations with temperature, and explore instead a concept familiar to us: humidity. Inspired by Singapore’s tropical climate, Chi Chuan will translate the perceptual sensations that are an outsider’s adaptations to our climate into physical form. Cultural and temporal elements will also lend their influence, narrating the qualities of existence found in history, groups, or individuals.

During her residency at Grey Projects, Chi Chuan will recreate Singapore in poetic form through her art, expressing both literally and figuratively the expression of Singapore as a garden city. Flowers and floral patterns will all be combined, transforming paper waste closer into its original natural state as artificial plants. Her residency will double as an archeological exploration of Singapore, combining history, culture, and climate – metamorphosing everyday life into poetic narratives.