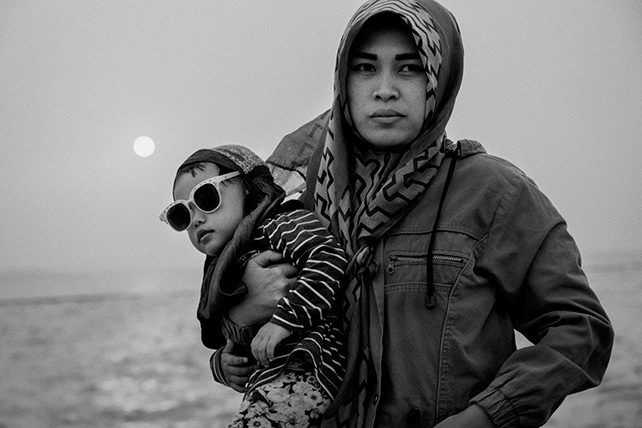 Pantura is a documentation of Rony Zakaria’s journey down De Grote Postweg (also known as Jalan Raya Pos or The Great Post Road), a highway that spans five provinces in Java, Indonesia, and which is one of the country’s major transportation routes. It is his first solo exhibition in Singapore.

Built by Dutch colonisers in the 1800s, the road was once the longest in the world, spanning a distance of over 1,000km. Its construction was at the expense of 12,000 lives, mostly native Javanese working as forced labour. It was originally constructed to allow quick mobilisation of the military to defend the island against British fleets, but now serves as a vital highway of commerce.

Despite being a catalyst of industrialisation and development, De Grote Postweg has also become a symbol of the great divide between the rich and the poor. Historically, Europeans lived along the northern part of the road and the wealthy Chinese in the south, and the native marginalised Javanese were scattered in between.

Growing up in a Chinese-Indonesian family, Rony could sense the tension between communities in Indonesia, along the lines of social status, race, and religion but could not initially understand how it started or why the dynamics had not changed with time.

He encountered a story by famous Indonesian writer Pramoedya Ananta Toer about Lasem, a town along Pantura, where the Dutch implemented an ethnic division policy after the Chinese, Arab and native Javanese residents rebelled against them. This sparked his interest in investigating colonialism in Java and from early 2018, he embarked on trips along Pantura, photographing the communities he met along the way.

Rony Zakaria is a recipient of the Objectifs Documentary Award.
The exhibition is curated by Tay Wei Leng.