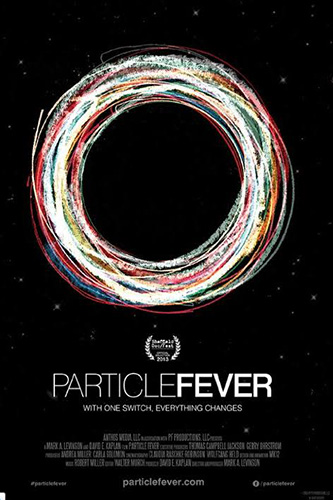 This deeply engaging, and at times profoundly moving, documentary follows six scientists during the preparation and launch of the Large Hadron Collider (LHC), the biggest science experiment in history.

The film follows the experimental physicists at CERN who run the experiments, as well as the theoretical physicists who attempt to provide a conceptual framework for the LHC’s results. The film begins in 2008 when the LHC was first switched on, and concludes in 2012 with the successful identification of the Higgs boson, one of the 21st century’s greatest science discoveries. It follows the scientists’ ups and downs, as well as their doubts and hopes for the future, as they push the boundaries of our understanding of the world around us. The film invites us to witness one of the most significant moments of scientific discovery as it happened.

Particle Fever was directed by Mark Levinson, and produced by Levinson with David Kaplan, Andrea Miller, Carla Solomon and Wendy Sax. The team gathered nearly 500 hours of footage from both professional camera crews and amateur video self-recordings shot by the physicists themselves. This footage was then edited by Walter Murch, who has previously won Academy Awards for his work on Apocalypse Now and The English Patient.