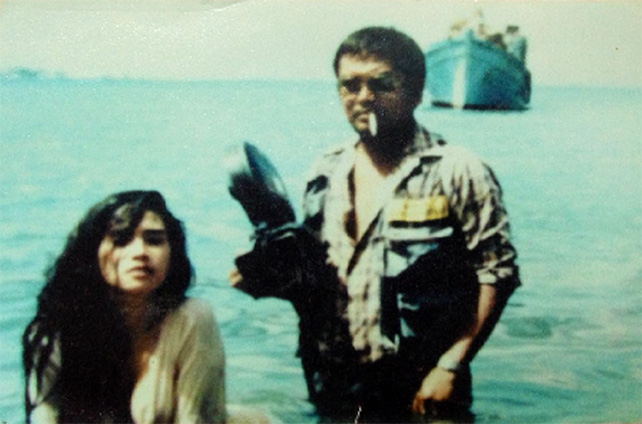 In 1986, The Diary of Vietnam Rose was shot on the island of Luzon by legendary director Celso Castillo, starring Liz Alindogan, leading lady of ‘sexy’ films. An attempt to make a political film at a time when the Marcos regime was collapsing and Oliver Stone was around the corner shooting Platoon means the project was never completed. Decades later, artist-filmmaker John Torres brings it back to life, combining the un-restored footage, beautifully ravaged by decay, with new material. The original cast and crew then “redub” the images, overlaying their spoken memories and stories as histories and fictions, colliding filmmaking and revolutions.

The screening will be followed by a Q&A with the filmmakers, hosted by film historian and writer, Ben Slater.