RAW: precise purpose of being broken 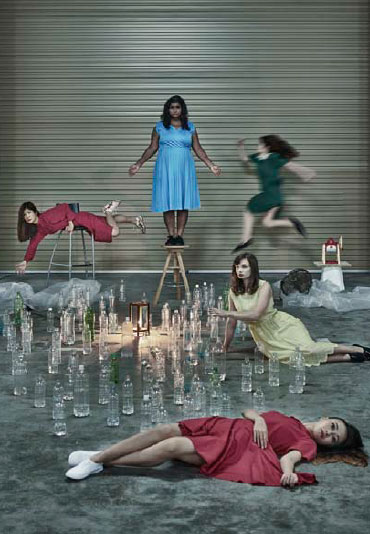 Featuring characters who are as broken as they are illuminated, and as doomed as they are hopeful, this work is devised and developed with a strong ensemble of female performers – Chelsea Crothers, Chng Xin Xuan, Grace Kalaiselvi, Lina Yu and Wendi Wee Hian – all of whom come from exciting training backgrounds ranging from the Viewpoints Method of Actor Training to traditional Asian art forms. Together they revisit the somewhat faded landscapes of their collective memory, pass through familiar spaces both comforting and contentious, and lose their footing on grounds that seem to provide potent signs of recognition.