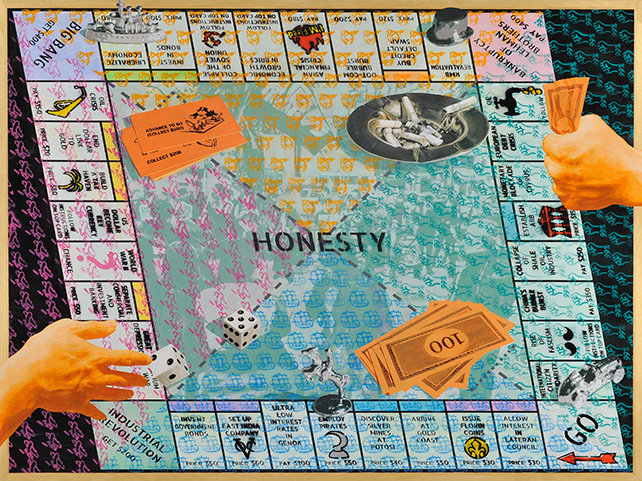 “Rolling the Dice of History” is a solo exhibition by Nobuaki Takekawa. His first solo show in Singapore in 2013 received favourable response; this exhibition marks his second debut – a dedicated platform showcasing recent developments in the artist’s practice. The paintings featured in this exhibition correspond with critical socio-political issues in Japan, where he is based, as well as other Asian countries.

In this exhibition, Takekawa will present 8 paintings and 1 installation. Through the use of the stencil technique, his paintings address critical socio-political issues. Stencils are often used by people in Japan to make political slogan boards and hence it reflects Takekawa’s consciousness to social movements. Furthermore, the technique enables him to create more layers on one painting, connecting different elements together amidst the complexity of history. 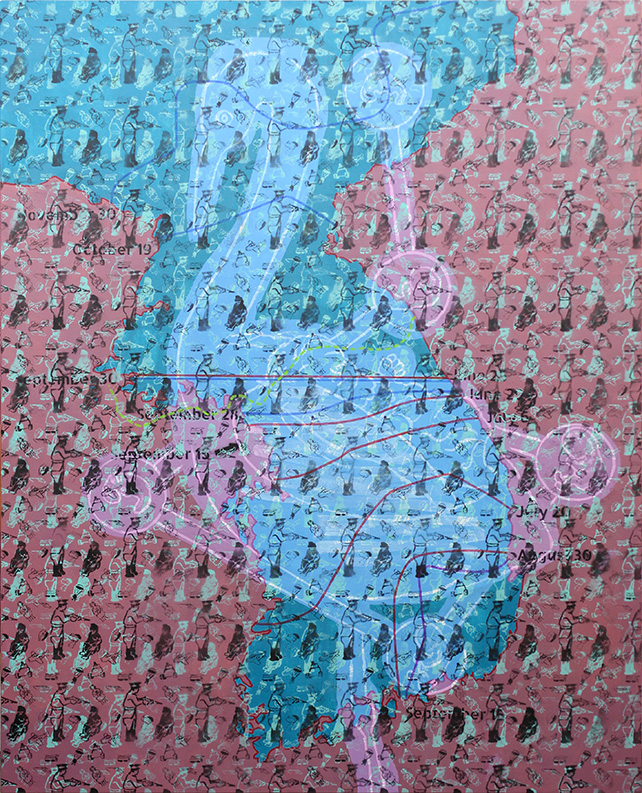 Among these multi-layered paintings is “To Serene DMZ” (2016). In this work, Takekawa was inspired by Korea’s history during his residency program in Korea. The Korean Demilitarized Zone (DMZ) became an important zone for migratory birds to rest as human beings were forbidden to enter. The artist found it interesting that the crane, a symbolic bird in Japan, somehow became reminiscent of the DMZ. Hence in the painting, Takekawa layers a crane with maps, lines and dates, representing various military incidents from the Japanese Occupation to present times in South Korea. This also reflects that history is never confined to a single country, but is always related to many.

Through this exhibition, Takekawa will further articulate his views on social problems, specifically from the perspective of colonialism and social movements, which can be shared by the people of other countries.