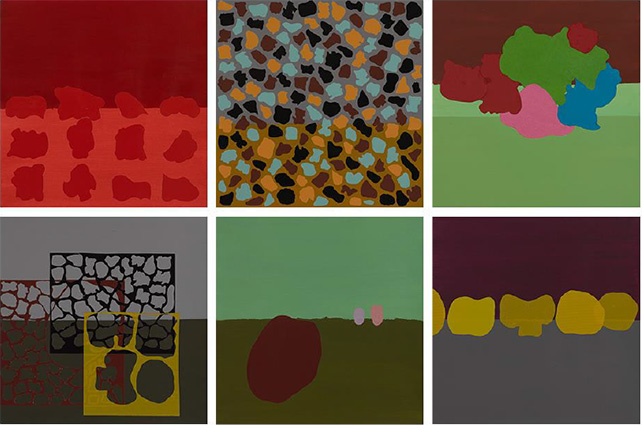 ROOM sees artist Jodi Tan expand on her exploration of form and normative ideas of the ‘image’ into three-dimensional forms. Her practice experiments with shape and colour to diversify context, connotation and readings of an image, whether through screen-printing, collage, painting or even cross-stitch.
From 5 October 2018 to 2 January 2019, ROOM will show works from her Still Life, Experimentations: Batch I and Sense of Order series, as well as a new series entitled Tree at SPRMRKT’s STPI location.

In the Still Life series, which consists of eight works, she re-arranges positive and negative shapes in unconventional ways, toying with the idea of foreground and background—questioning how we perceive, read and make meaning of images. In Sense of Order, which consists of four works, she explores the medium and method of cross-stitching in organic forms that appear abstract and fluid. Cross-stitch adds new challenges but even more possibilities as she devises and applies new rules on the spot, playing with visual principles such as repetition and symmetry. In her new Tree series, she responds to the idea of nature in urban spaces. The idea of a natural element brought into a domestic environment is an example of changed contexts—an idea Jodi frequently explores.