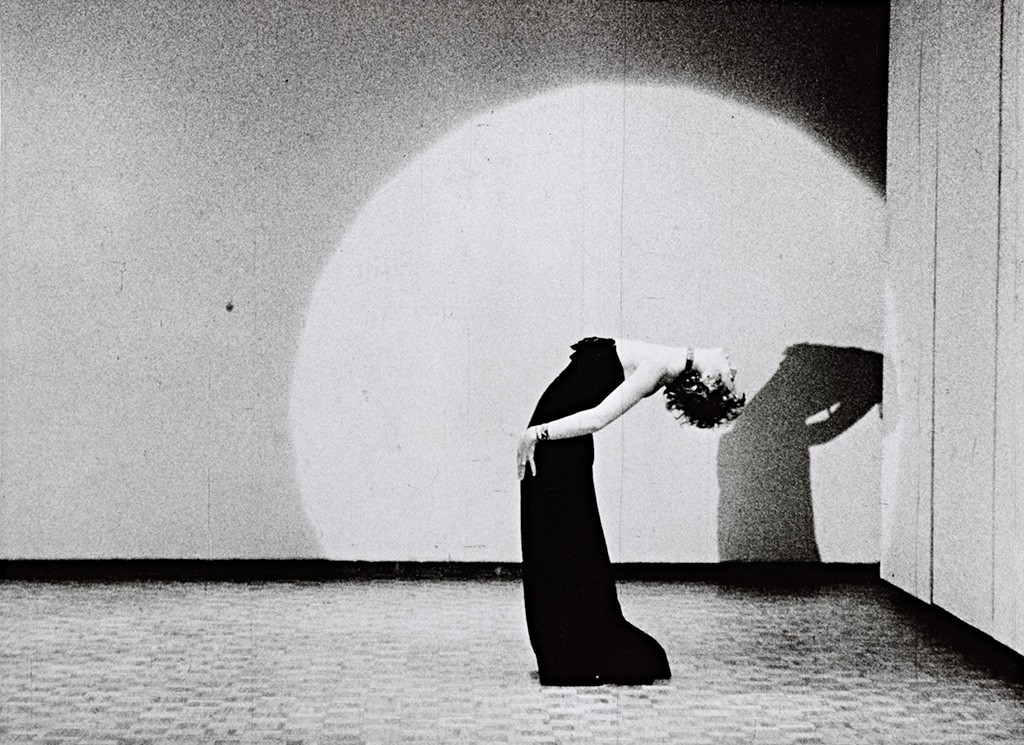 Lives of Performers by Yvonne Rainer, USA, 1972, 90 min, English
Lives of Performers, the first feature film by the choreographer and co-founder of the Judson Dance Theater Yvonne Rainer, explores the overlapping and at times, disjunctive languages of cinema and performance. Developed from a dance performance choreographed by Rainer, it plays with generic conventions of melodrama to explore the dilemmas of women struggling to define themselves in relation to masculinist scripts.

Wind, Joan Jonas, USA, 1968, 5.37 min, Silent
Wind is a 1968 performance film. Cutting between snowy fields and a raw seashore, Jonas focuses on a group of performers moving through a windswept landscape. The 16mm film — silent, black and white, jerky, and sped-up — evokes early cinema, while its content locates it in the spare minimalism of the late 1960s.

Duet, Joan Jonas, USA, 1968, 4.25 min. English
Duet is a classic early video performance. In this seminal exploration of the phenomenology of video as a mirror and as “reality,” Jonas, face-to-face with her own recorded image, performs a duet with herself.

This sceening is part of the Education and Public Programme of Joan Jonas: They Come to Us without a Word.