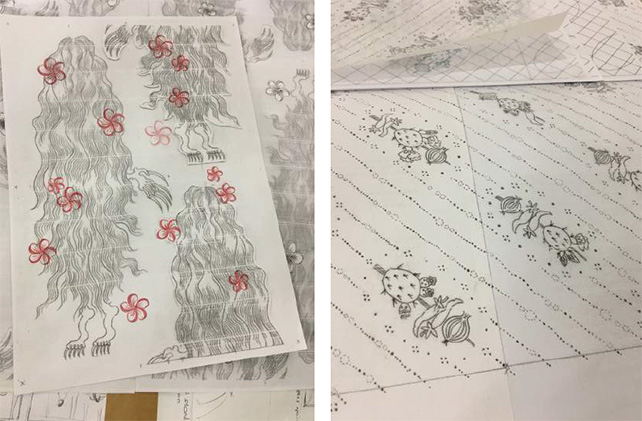 Malaysian Sharon Chin works across a variety of media, developing narratives on environmental and political issues in her home country. Currently living in Port Dickson, Negeri Sembilan (and some distance away from urban life), Chin has developed 25 patterns as illustrations for a book of short stories by Malaysian writer Zedeck Siew.

The book, Creatures of Near Kingdoms (published by Maple Comics, forthcoming end-2017) features fantastical stories about animals and plants set in South East Asia. By translating the plant stories into images with an applied function, the patterns in Local Flora explore how fiction and visual culture weave into the everyday sense of familiarity of shared imaginations. Resulting in a series of patterns sensitive to the background and effects a story creates, sidestepping the loudness of characters or plots. 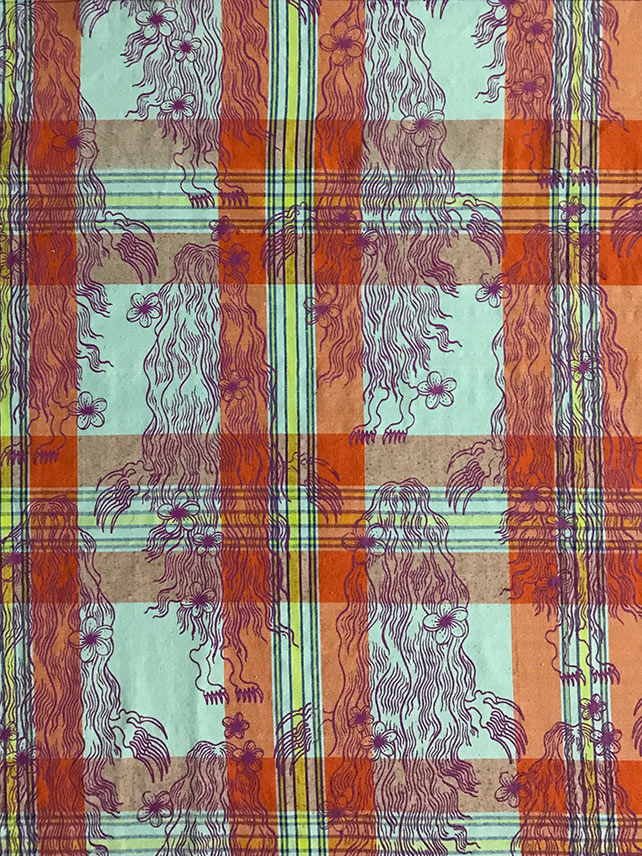 For this exhibition, Sharon collaborated with Syahida Nawar Ibrahim and Syahnan Anuar of Bogus Merchandise, an independent screen-printing outfit from Kuala Lumpur. They worked together to print Chin’s Local Flora patterns on used fabrics, resulting in the repurposing of the material and their original patterns.

Sharon is also known for her strong opinions and ideals, which she meticulously translates into her visual and performative art. She has made all kinds of things in all kinds of places. She has hung a suite of sails across the lobby of an embassy, listened to strangers’ hearts on the streets of Sydney, tear-gassed while wearing a costume of yellow flowers, painted on political party flags, and had a public bath with 100 people in Singapore.