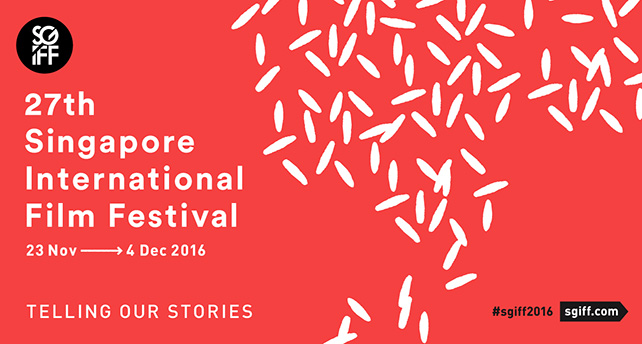 The 27th Singapore International Film Festival (SGIFF) will take place from 23 November – 4 December 2016. Save the dates and join us as we celebrate the stories of Asia, Southeast Asia, and the world as told through the art of film and the experience of cinema!

The Festival captivates 12,000 audience members annually with over 100 films from around the world. Through film screenings, post-show discussions, masterclasses and talks, discover universal themes and untold stories in the work of internationally acclaimed directors and Asia’s most promising filmmakers.