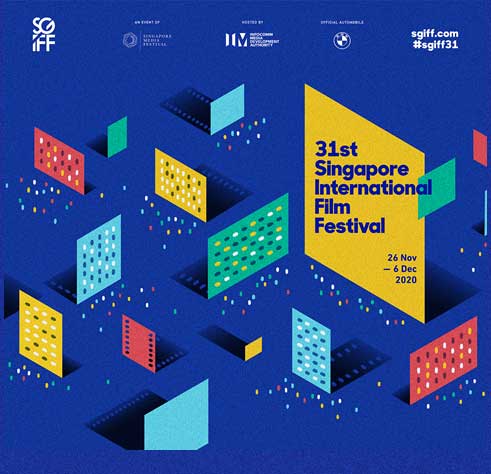 A leading international film festival in the region and part of the Singapore Media Festival (SMF), SGIFF will present a strong array of over 70 films by auteurs from 49 countries that speak for the times we live in, through stories that map our universal search for identity, community, existence and desire for change. SGIFF’s Artistic Director, Kuo Ming-Jung shared, “We are pleased to bring the best, most impactful, moving and thought provoking films to the festival, to engage with audiences and the communities at large, because we believe a film festival can play a revitalising role in this unprecedented time.”

SGIFF is proud to present 22 Singapore films at the Festival, including debut feature Tiong Bahru Social Club (2020) by Singaporean filmmaker Tan Bee Thiam as the opening film. The satirical comedy will screen on 26 November 2020 at Shaw Lido. Director of Tiong Bahru Social Club Tan Bee Thiam said, “It’s an incredible honour for Tiong Bahru Social Club to open SGIFF, a much valued platform for many filmmakers like me to find new audiences for the work we create, and new collaborators for the works we are going to make. Especially in a difficult year like 2020, I hope this film will bring you joy, as you reflect on the absurdities and priorities of life.”

Over the 11 days, Festival goers can enjoy films either in cinemas or at home. While some films will show in cinemas only and virtual screenings are only accessible to audiences in Singapore, there will be talks and panel discussions made available online to engage international audiences. Minimising face-to-face interactions in cinemas, the Festival will provide Singapore audiences the opportunity to connect with filmmakers through online Q&As recorded by SGIFF after film screenings, using the questions received from audiences.