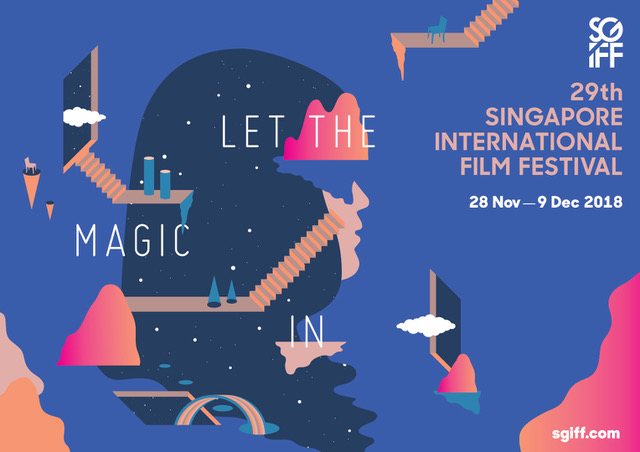 The opening film for the 29th Singapore International Film Festival (SGIFF) on 28 November at Capitol Theatre will be Cities of Last Things by Taiwan-based Malaysian director Ho Wi Ding. The film seamlessly blends genres, from sci-fi to noir to romance. Told in three vignettes and spans decades, the story comprises three significant moments in an ordinary man’s life, told in reverse-chronological order and pivoting around three women. The film has been nominated for four awards at the 55th Golden Horse Awards, including Best Supporting Actor, Best Supporting Actress, Best New Performer, and Best Original Screenplay. The film also won the Toronto Platform Prize at the Toronto International Film Festival 2018, and will screen at SGIFF 2018 for its Southeast Asian Premiere.

Singapore International Film Festival (SGIFF) continues its effort to nurture and champion talent in filmmaking in Asia at the 29th SGIFF here, with the introduction of a new series – Moonlight Cinema. A first this year, SGIFF partners with Gardens by the Bay to host two free outdoor screenings as part of the celebration of storytelling through cinema.

Among the key highlights at the 29th SGIFF, winner of Locarno Film Festival’s top prize – the Golden Leopard, A Land Imagined by Singaporean filmmaker, Yeo Siew Hua, will make its local premiere in competition at the Festival this year. The film is Yeo’s sophomore feature after his debut in 2009’s In the House of Straw, and stars local veteran actor Peter Yu in his debut feature film role. The film also garnered the top Golden Star award in the Feature Narrative competition at the recent El Gouna Film Festival in Egypt. The Mandarin thriller tells the tale about the disappearance of a migrant Chinese construction worker at a Singapore land reclamation site.

In line with Singapore Media Festival’s (SMF) Country of Focus initiative this year, the Philippines will be in the limelight at the 29th SGIFF with a selection of Filipino films and filmmakers featured across this year’s line-up. Fresh off a New Wave that began in the 2000s, Philippine cinema has since matured into a thriving industry with rich stories and diverse talents. It is a special milestone for the country this year as it celebrates 100 Years of Philippine Cinema.

The 29th SGIFF which runs from 28 November to 9 December 2018, will be hosted across multiple Festival venues, including Capitol Theatre, National Museum of Singapore, National Gallery Singapore, The Cathay, Filmgarde Bugis+, Objectifs, and *SCAPE.