Songs for the Common Happiness 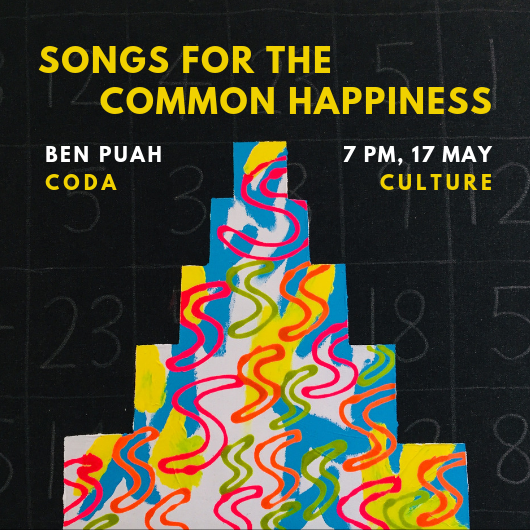 “This year, Singapore is preparing to commemorate the 200th anniversary of its founding. It was in 1819 when Stamford Raffles arrived in Singapore, setting the island on a different trajectory. Because of him, Singapore became a British colony, and many believe that he is the reason why Singapore became a free port and a modern city.

I am interested in the ideological intent of the colonial powers who planned or shaped society in particular ways, and am at the same time reflecting on the meanings implicit in the daily routines of the ordinary people within it. These are reinterpreted in my personal space and artworks, where a combination of real and imagined elements, manifold symbols, narratives and histories are layered.” – Ben Puah