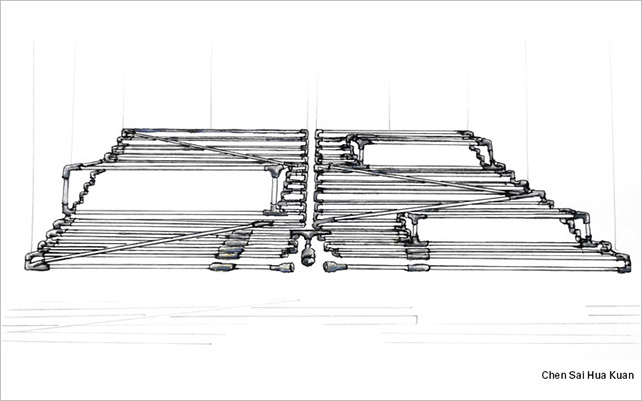 This interactive sound installation offers an alternative conceptualisation of space and presents the notion of the human voice as an artistic medium. Referencing the architectural disposition of the Esplanade Concourse, this work is both a drawing of the site and a sound diverting device. The lines of the pipes explore the idea of mark-making, where a line functions to add, divide and define a space. The pipes are conduits for the human voice, which literally and metaphorically adds to the form of the installation. As the viewer speaks into the pipes, voice traces the contours of the space as it travels through the installation. Suspended above the site from where it derives its form, Sound Like 20 becomes an alternate realm for us to engage and invites viewers to reflect on the role of the audience in creating meaning in an artwork.