Tjungutja – Art of the Spinifex Collaborative 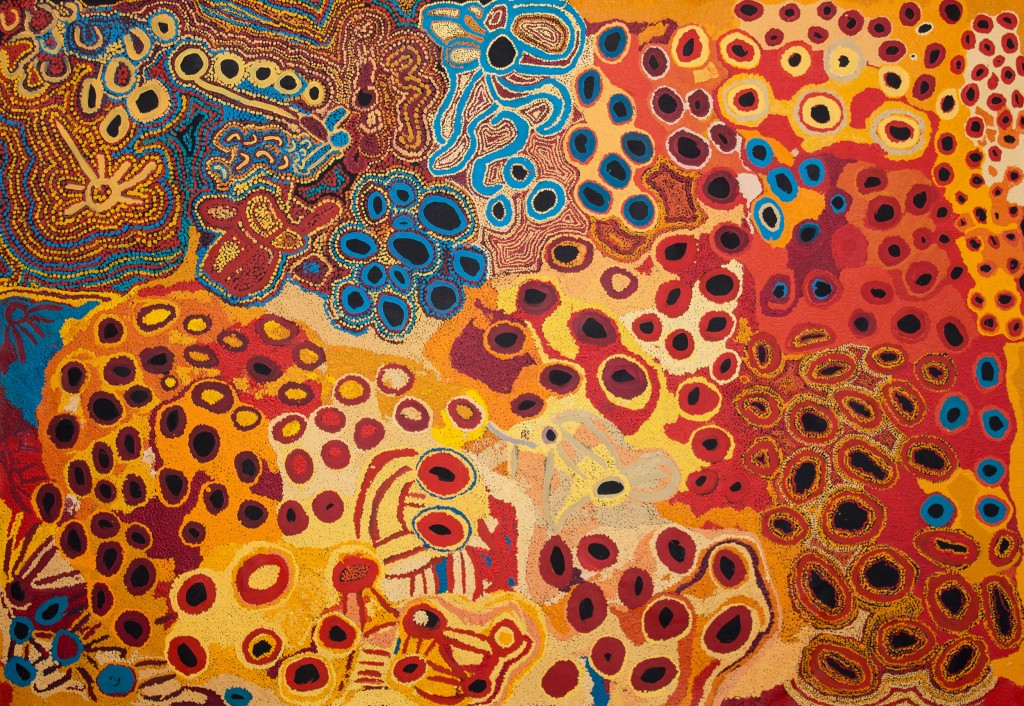 ReDot Fine Art Gallery is extremely honoured to present a series of eight collaborative paintings by the latest sensation that is sweeping the modern Indigenous art movement, the Spinifex Arts Project.

Tjungutja – Art of the Spinifex Collaborative is the culmination of over two years’ worth of curating and significant cultural discussion, to ensure that this first ever commercial showcase for the small community in the southern part of the Great Victoria Desert, receive maximum attention and kudos. Never before have eight major collaborative works from the Spinifex Arts Project been gathered in one commercial gallery setting, until today. And indeed, the works that will be on display in Singapore have already – even before their commercial debut – been exhibited in a major museum offering, in the much praised and critically-acclaimed Tarnanthi exhibition in late 2015 at the Art Gallery of South Australia (AGSA), curated by Nici Cumpston.

This exhibition will run concurrently with another show from the Spinifex Arts Project titled Wati Wara – Lawrence Pennington Solo, first ever solo show for Lawrence Pennington, a senior lawman from the Tjuntjuntjara community, who was born circa 1934.

The exhibitions begin on Wednesday 27th April and runs until Saturday 28th May 2016. The opening night will be attended in person by Winmati Roberts, Lawrence Pennington’s nephew, and Fred Grant, on behalf of the Spinifex Arts Project. Art Centre coordinators Amanda Dent and Brian Hallett will also be in attendance. 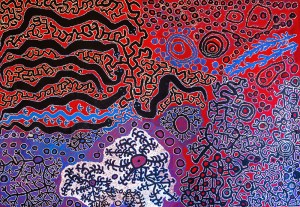