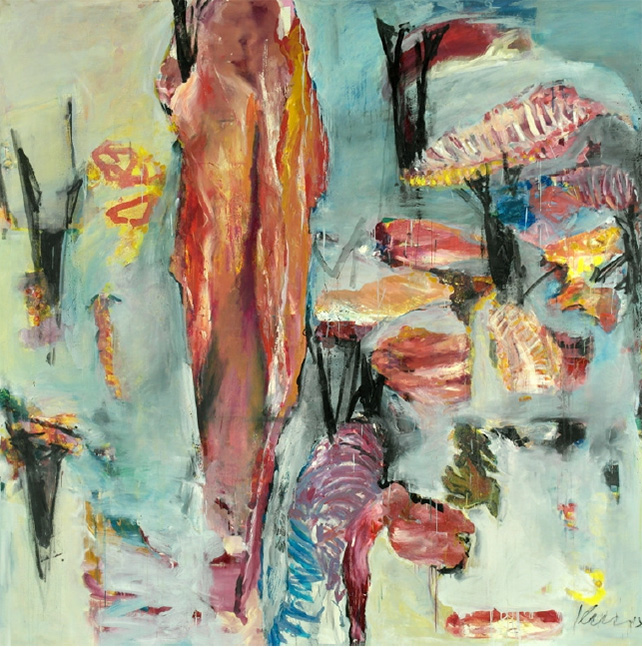 Mohammad Din Mohammad (b. 1955 – 2007, Malaysia) is a local Malay artist known for his expressive Sufism-inspired paintings, sculptures, and Malay theatre involvement. He relocated to Singapore at age 2 and studied Western Painting at the Nanyang Academy of Fine Arts in his youth. His paintings employ Western aesthetics to explore the mystical dimension of Islam.

Wong Keen (b. 1942, Singapore) practised art in his childhood under the tutelage of pioneer artists Liu Kang and Chen Wen Hsi. In 1961, he held his first solo exhibition at the then National Library of Singapore and left for America after being accepted into the Art Students League of New York. Wong Keen’s artistic style is an embodiment of cross-cultural confluences: inspired by the elegance and expressiveness of Chinese ink painting and calligraphy as well as Abstract Expressionism.

Yeo Hoe Koon (b. 1935, Hainan, China) relocated to Singapore at a young age and studied at the Nanyang Academy of Fine Arts in 1957. He later attended the prestigious École Nationale Supérieure des Beaux-Arts in Paris from 1959 to 1961. He is well known for his Western oil and Chinese ink paintings of landscape, abstract and still life compositions.