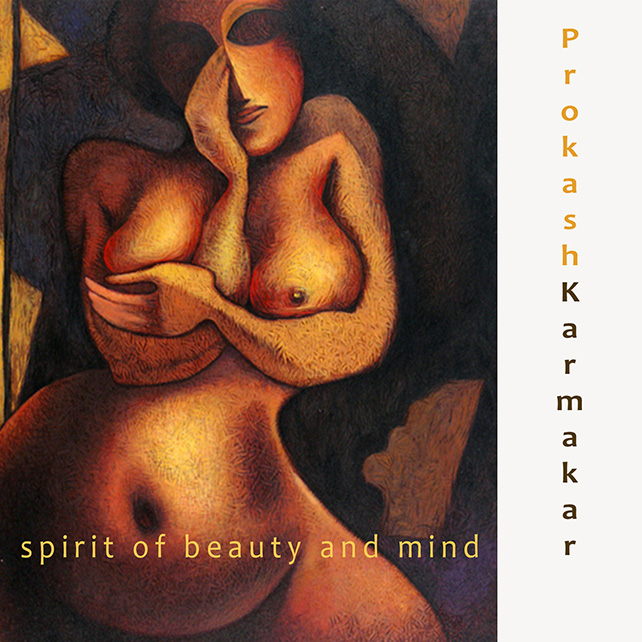 Prokash Karmakar is that rare artist whose heart flows through his brush and populates the canvas with a captivating truth that is as deeply reflective of the artist’s relationship with his world as the viewer’s with theirs. Karmakar achieves this subliminal universality by flirting with the surreal and the fantastic with his feet firmly on the dark soil of reality. The poetry in his approach firmly established his distinction among the artists of his generation.

Karmakar embraces bold, rich traditional folk techniques to articulate the immediacy of a modern sensibility which testifies to his vast and varied experience through the eighty one years that he lived. Born in the city that birthed Modern Indian Art – Calcutta, his father a pioneer in printing and an artist, also taught at the Government College of Art and Craft, which he would later come to as a student.

He suffered great personal loss in the decade of 1940s in the riots that engulfed most of northern India. As he picked up the pieces, he made some very bold choices which to this day mark his work and life. From exhibiting on the sides of dusty Calcutta roads to gaining a scholarship to study art in Paris, he took his role as a purveyor of experiences quite seriously.

One of the reasons Karmakar’s work is as evocative, can be ascribed to his experiences even as a young person. Being orphaned at a time when the subcontinent was bubbling over with revolution, hope, bloodshed and crises of identity and displacement may definitely have contributed to the unflinching eye which meets and challenges every viewer looking at his work. 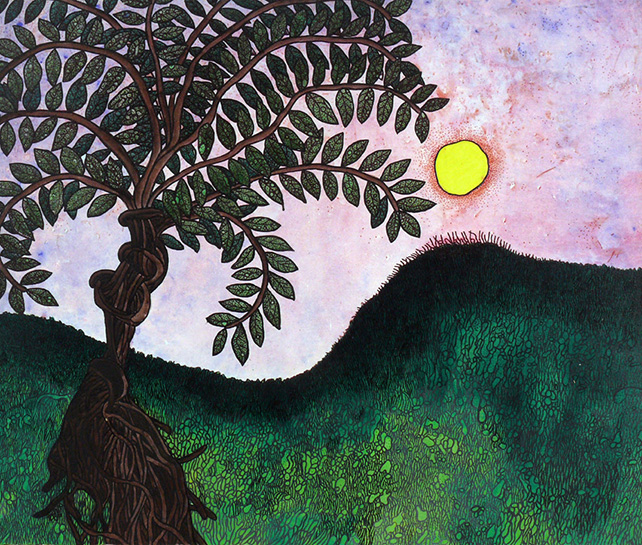 There are influences of Cubism and Expressionism which testify to his time in Europe, but the deftness with which he employed these techniques along with those which came to him through the accident of being born into a culture and artistic tradition, made him a fine trapeze walker of traditions that are divergent to an extent; which in turn confirmed his stamp of originality and individuality. A hallmark of his work is placing sublime beauty in the grotesque or vice versa which may equally easily qualify as a nightmare or a fantasy.

This starkness is most prominent in his nudes, the subjects of which were the residents of Calcutta’s streets. They seem to occupy an almost hallowed space unto themselves, firmly anchored to their personal miseries, as he journeys from the most delicate to the lurid in his iterations of the female form which not only speak volumes of his sensitivity, ability of deciphering his subject to express simply but also challenges the expectations placed on and the perception of the female form in a popular context.

His landscapes speak of the richness and fertility of rural Bengal, again reminiscent of the Kalighat Scroll technique allowing the senses of the modern viewer a glimpse into an unadulterated, riotous lushness of a long forgotten country-side.