Standing Through Time: The Arts House from the 1800s 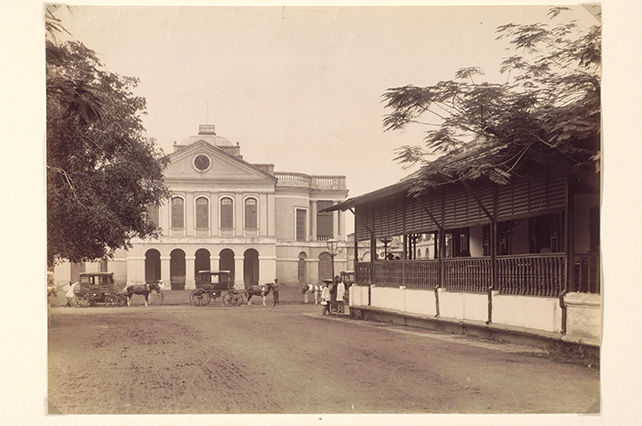 Supreme Court, 1880s, Collection of the National Museum of Singapore National Heritage Board

Embark on a pictorial journey through a curated selection of paintings, maps and sketches of The Arts House, one of the few surviving Neoclassical buildings bearing witness to Singapore’s colonial past.

Two centuries of stories await your discovery – from the building’s construction in 1826 until 1827, to its evolving roles in Singapore’s historical development.

Fun fact: Did you know that The Arts House was formerly the Supreme Court from 1875 to 1939? The building was one of the popular landmarks featured in early 20th century Singapore postcards like the one depicted above (centre left image). The opening of the Suez Canal, coupled with increasing affluence in the 1900s, eased travel and resulted in the rise of postcards as a worldwide phenomenon.