States of Being: Solo Exhibition by Esmond Loh 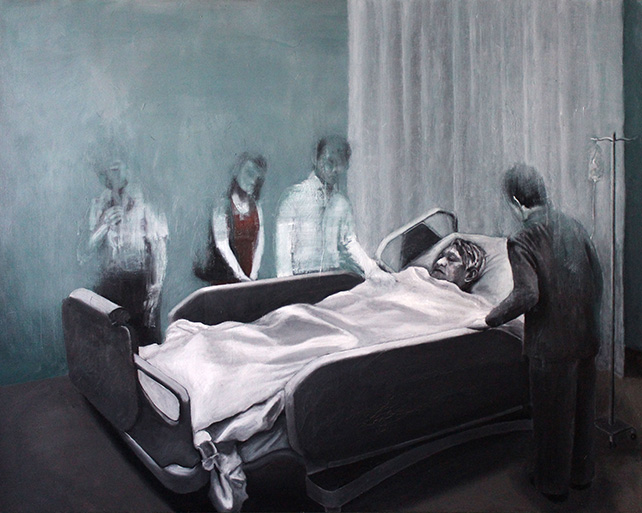 States of Being is both a continuation and a departure from Esmond Loh’s previous works. Unlike previous paintings, figures are placed in constructed settings rather than isolated and surrounded by emptiness. Loh relinquishes photographic references and chooses to recall a lost moment that is obscured by his imperfect memory. For Loh, the paintings reflect an underlying tension between familiarity and ambiguity.

The paintings explore subtle and intricate connections between people, time and space; how all three interact within one’s own state of being. Revisiting fragments of his personal history, Loh creates fresh narratives and explores his own thoughts and feelings on his memory.

“The Hospice was inspired by my grandmother being hospitalised frequently in the past few years due to illness. The scene of her suffering (sometimes even on the verge of death) in the hospital ward as family members gathered round became a recurring memory that evoked disquieting feelings. This, together with my preoccupation with the notion of existentialism, makes the painting deeply personal and emotive for me.” says Esmond Loh.