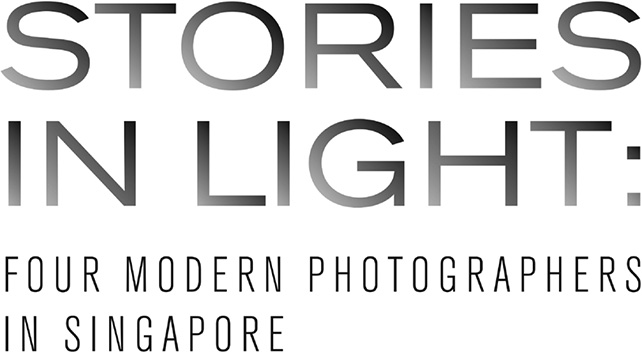 This virtual gallery presents the work of four Singapore photographers who were key to the development of modern photography in Singapore.

Lee Sow Lim, Lee Lim, Lim Kwong Ling and Tan Lip Seng contributed much to the recognition of photography as an autonomous art form. They were influential members of several of Singapore’s many dynamic photography clubs in the 1950s and 1960s, and actively shaped the scene through their roles as educators and mentors, exhibition organisers and salon jurors. Individually, they exhibited widely and developed distinct photographic practices which centred around representations of a rapidly transforming Singapore. This exhibition explores how photography provided a platform to imagine a new Singapore landscape and identity after World War II, as the island nation moved towards independence.

Singaporean photographers were keen to document the emerging nation during this period of rapid political and urban change. At the same time, they were strongly influenced by the photographic Pictorialism movement, which emphasised aesthetic expression over factual depiction. These four photographers’ artistic control in their image making articulates a new subjectivity, which parallels Singapore’s search for independence from British colonial rule, and the anxieties of unfolding modernity.