The Chinese-character artworks of Sun Chan 陈伸 (1932 – 2017) have been hailed for their originality and inventiveness, and have earned the late HK artist many fans around the world, both young and old. This July, to mark the 20th anniversary of the establishment of Hong Kong Special Administrative Region, an exhibition of Sun Chan’s picturesque representations of the Chinese script, Joy To The Words 《字得奇乐》(Zi De Qi Le) will be held in Singapore at The Arts House from 20 to 27 July, 2017. Co-presented by Hong Kong Economic and Trade Office in Singapore and Artwow, a HK-based cultural enterprise, it will be the first showcase of the artist’s works since his passing in March this year.

Chan’s playful patterns of vibrant colors and distinctive forms can be appreciated simply for their visual appeal. Yet they also engage viewers who read Chinese characters in word-guessing games, while sparking curiosity and evoking flights of imagination in all others. Chan’s works have adorned wall murals, large-scale sculptures and stamps, and have been featured in a special collection of scarves, apparel and accessories by Hermès’ Shang Xia brand. His painting TREBLE: Gold was also sold at Sotheby’s New York’s Contemporary Art Auction in September last year.

The self-taught artist, who was born in Peru, grew up in China and lived in Hong Kong for years. He had exhibited his works in Hong Kong, Taiwan, Singapore and Paris, and had been invited to show at the Ernst Hohl Cultural Foundation Appenzell in Zurich, and The National Arts Club in New York, among other institutions. This will be the second time that Chan’s works are shown in Singapore, having presented a wellreceived debut exhibition in March 2016, also at The Arts House. 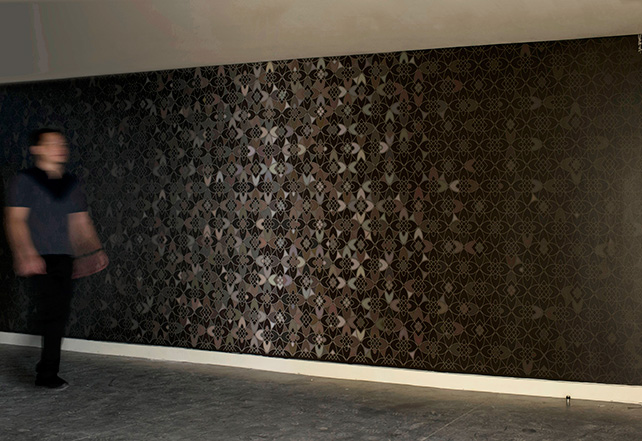 This exhibition will feature over 40 selected pieces of Chan’s works, including his most recent and never-before-shown paintings. The audiences are invited to interact and to decipher his works, which will be displayed with QR codes, from which the embedded Chinese character(s) can be revealed.

In addition to the art exhibition, the public can also sign up for a 50-minute guided tour plus Chinese characters playshop conducted by the curator of the exhibition, Anthony Yu. The programme is free and open to the public, especially suited for parents and their children who are eight and above. The event partner for the exhibition is Singapore arts and culture organisation The RICE Company Ltd.