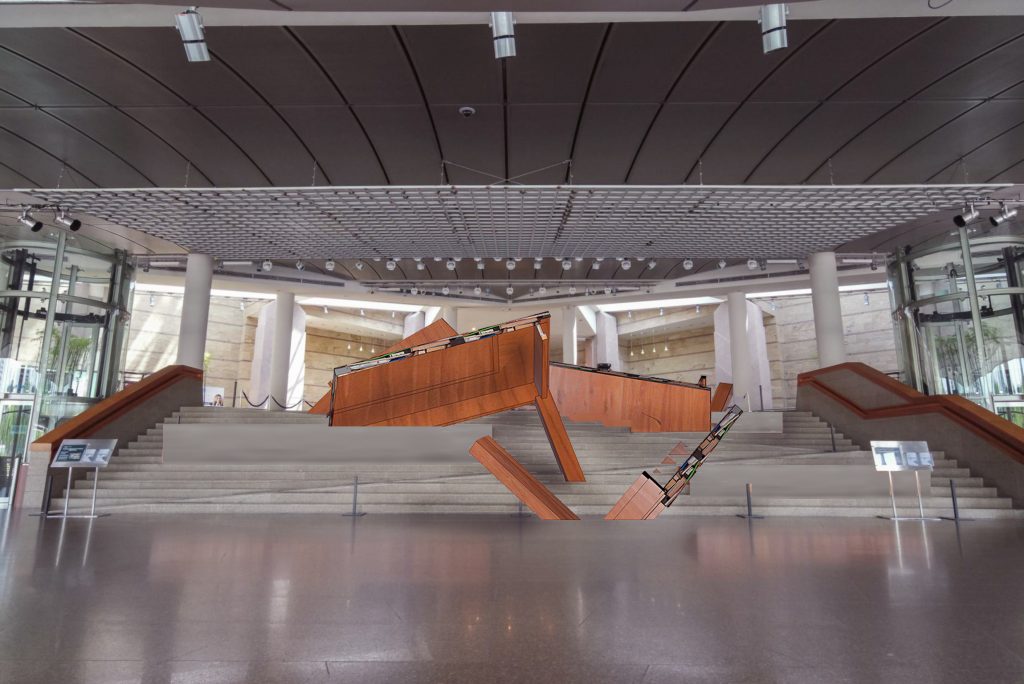 Imagining the intimate and domestic scene of a couple conversing after their meal, Vertical Submarine’s sculptural installation expands the dining table in scale, fragmenting and flipping the pieces, with all the meaningful elements that are usually above and below the table packed into a “sandwich” that exists within the typically overlooked space of a table top. The abstracted shards seem as if they are emerging from and sinking into the Concourse steps in a moment of simultaneous creation and destruction.

Vertical Submarine often construct elaborate narratives alongside their installations, and here they draw analogies to the big bang theory, which describes how the universe was formed by the explosion of a tiny, compressed singularity into complex galaxies. At the same time, the split structures of the installation hint at how more than two persons may be involved in a relationship, as the memories or reality of previous personal affairs and familial ties inevitably intrude upon any blissful pair.

Vertical Submarine (est. 2003, Singapore) is an artist collective who have participated in projects in Singapore, Hong Kong, Korea, Australia, France and Mexico City. They were awarded the Presidents Young Talents Award (Singapore, 2009) and the Celeste Prize for Installation (New York, 2011).