[Talk] A Heap of Sherds, A Cache of Stories: Ceramics and Settlement Patterns in Myanmar 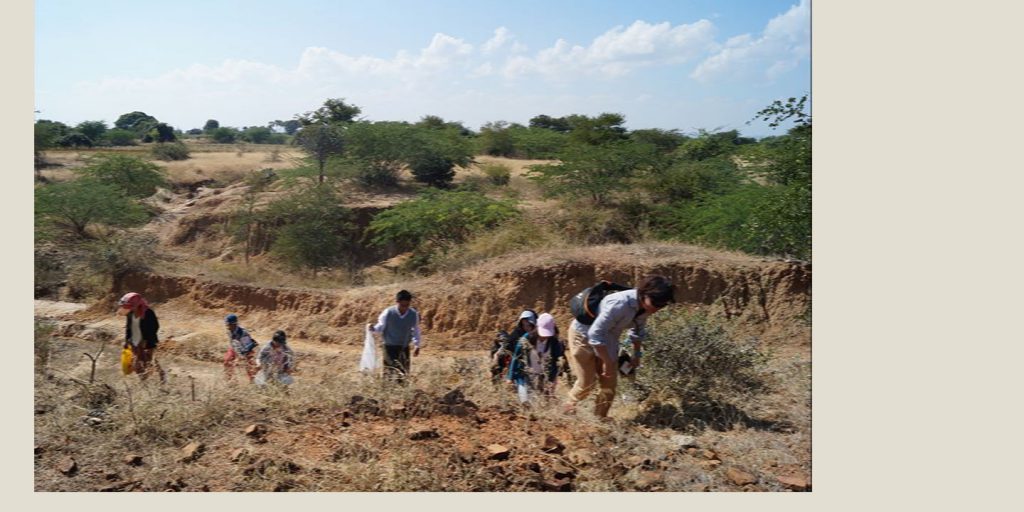 The study of settlement patterns, and in particular its link to early urbanisation in premodern Myanmar, is poorly understood. Most publications on early Burma, whether written in Burmese or English, focus on architectural remains, including walls, inscriptions or other built features. Ceramics, a type of material closely allied to settlement patterns, are underemphasised in publications. Research has focused on few large sites, but little attempt has been made to examine these sites’ relationships to each other. Examples of questions which should be posed are: how were complexes of sites connected to one another during a single period; how were they related diachronically? To this date no systematic study has cross-examined sites by comparing their relative sizes, the shapes of their settlement walls, their proximity to various resources, their relative distance to one another, and, crucially, the artifacts and their distribution within the sites.

This talk begins with a general discussion of examples of settlement types in Myanmar at different periods. Comparative study of these sites and their relationship to one another would provide insight into the development of Myanmar society, especially of urbanism in Myanmar during the first half of the first millennium. The second part of the talk discusses the important role ceramic studies plays in understanding the significance of individual archaeological sites, and their relation to other sites. The sites considered were likely associated with one another through complex networks, which could reveal the settlement patterns of sub-regions as well as larger regions extending across Myanmar.

This talk is held in conjunction with the exhibition From the Ashes: Reviving Myanmar Celadon Ceramics.

Goh Geok Yian is currently the Associate Chair (Research) and Associate Professor of History at the School of Humanities, Nanyang Technological University. She obtained her Ph.D. from the Department of History at the University of Hawai`i at Manoa in 2007 and joined NTU in 2008 as an Assistant Professor in the History minor programme. Her current research focuses on early urbanisation and urban centers in Asia (especially the applicability of theoretical models), analysis of ceramic artifacts from the Bagan palace sites and Singapore archaeological sites, and Buddhism and pilgrimage sites in Southeast Asia. Goh’s recent publications include Bagan and the World: Early Myanmar and Its Global Connections (2017) (co-edited with John Miksic and Michael Aung-Thwin), Ancient Southeast Asia (2016) (with John Miksic), and The Wheel-turner and His House: Kingship in a Buddhist Ecumene (2015).