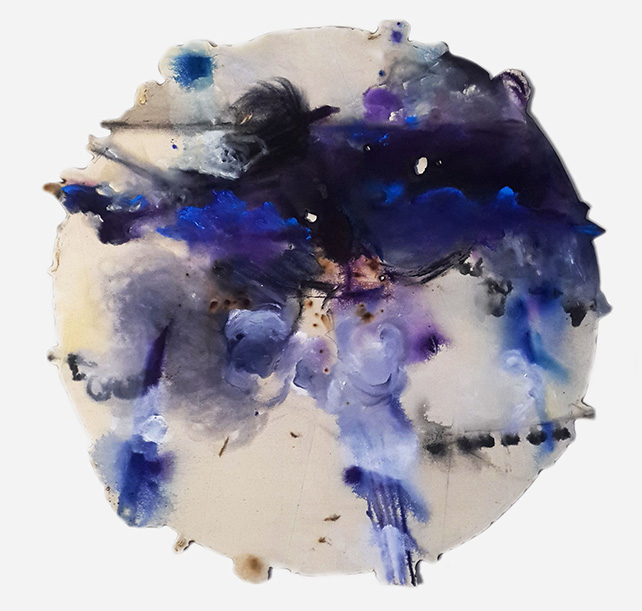 Tania Nasr, a ceramist, and Hanibal Srouji, a painter, have left Lebanon because of the civil war which set their country in fire from 1975 to 1990. Both Hanibal’s paintings and Tania’s ceramic works are autobiographical works linked to the history of Lebanon. 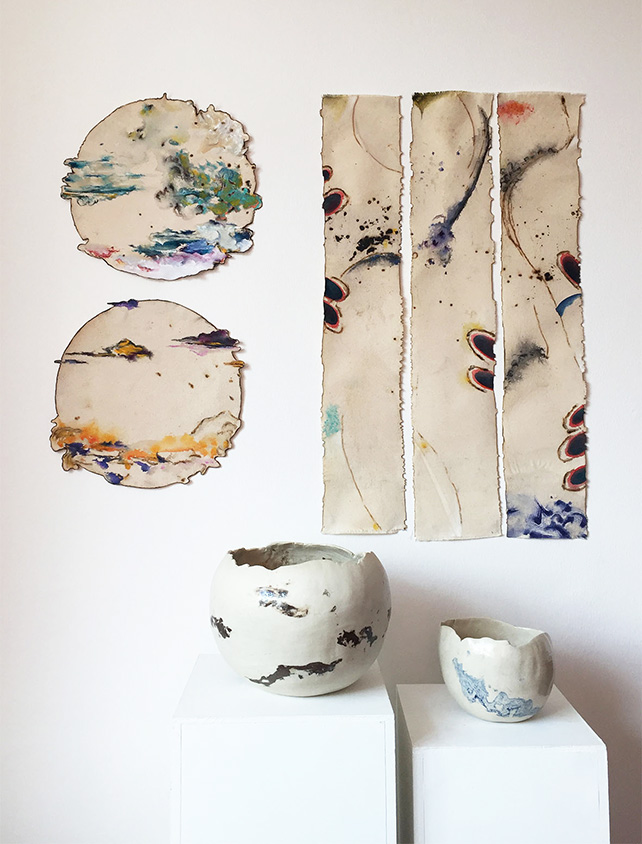 The exhibition discloses their intimate stories through their singular creations. Their artworks speak of those landscapes that they were forced to leave, of those they have discovered and those that are being built. Their particular use of fire, as an element of creation, reflects the artists’ positive extents.

This show portrays the sensitivity and dialogue between the two artists, as their works are reflecting and echoing many common grounds. It is especially the subtleties and fusion of light and colour that they are both caring for. Tania and Hanibal’s work are about hope. Both artists, the painter and the ceramist, mark their supports, rise over the hardships and celebrate serenity and light.