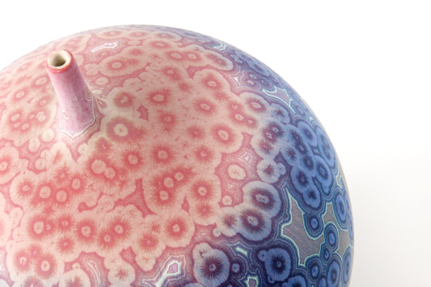 Australian artist Ted Secombe will showcase his repertoire of fine ceramic works in his debut at One East Asia, Singapore. Ted Secombe is well known for his beautiful crystalline glazes, as well as his pots of cobalt blue and deep crimson. He works with a huge range of colours and, as with his forms, he is now experimenting and developing a new range of glazes, some of which are reminiscent of ancient Chinese glazes. The new glazes involve different firing procedures and Ted is attempting to achieve the best possible results by altering the time and temperature of the firing.

Ted’s artworks are displayed in many hotels including The Ritz-Carlton, Singapore and in many private collections locally & internationally.