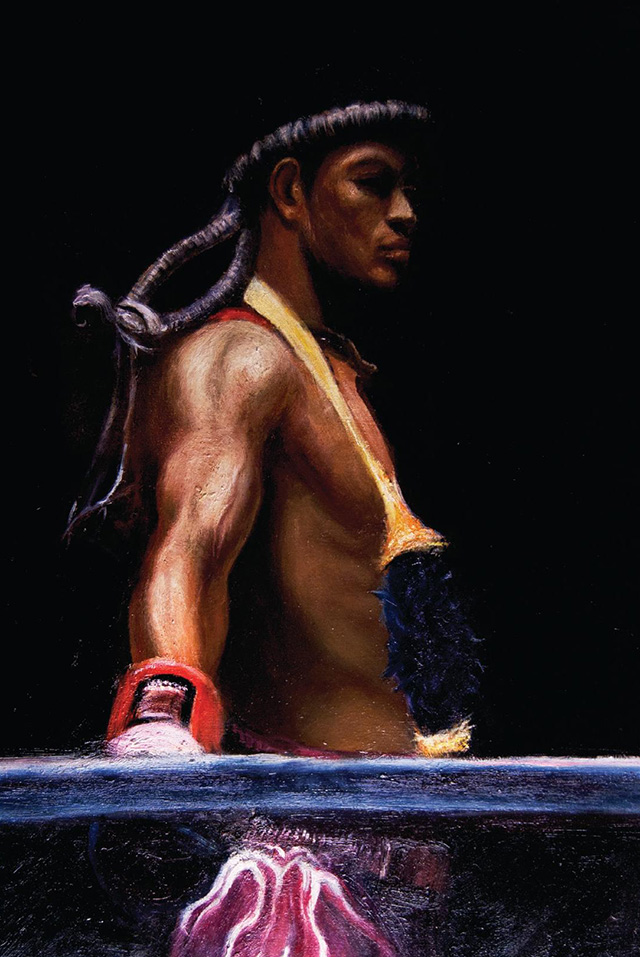 The artworks by Italian artist Riccardo Rossati reflect the inspiration behind the incredible fights and grotesque shapes decorating the flags and dresses of the boxers.

Riccardo Rossati was born in Rome, Italy, and started at a very young age with oil painting. He attended the Fine Arts Academy in Rome. Riccardo has then worked and exhibited for several years in Tunis and Paris, then in 2003 he moved to Holland. His pictorial development was influenced, for content and sensibility, by Dutch realism partly linked to the German “new-objectivity” and partly to the ancient Flemish art. Through his subsequent residence in China and Singapore he has had the possibility to melt his own visionary European culture with the Asian creative world, culminating with the solo exhibition in 2008 in Beijing at the “798 Art Center”. Rossati’s work has been exhibited in the major museums in Italy such as the Archaeological Museum in Palestrina and the National Etruscan Museum in Rome.

He currently lives, works and teaches between Paris, Singapore and Bangkok.