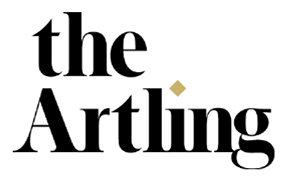 The Artling, an online art gallery based in Singapore, will be hosting a pop-up at 113 Amoy Street from Thursday, 11 February till Saturday, 13 February 2016.

If you’re suffering from serious culture withdrawals post-Singapore Art Week, The Artling has got you covered with a second edition of their pop-up gallery this February. The Artling will be featuring artworks from almost twenty of their Partner Galleries, encouraging young professionals to consider art as an accessible way to brighten up their office spaces or homes.

For this edition of The Artling Pop-Up, they will once again be partnering with Books Actually, who will be selling a curated selection of titles in the space. As the official sponsor of drinks for the event, DIAGEO will be bringing a tasting of Mortlach and Lagavulin whiskies available on the opening night. The Artling’s neighbourhood café, Stamping Ground, will also have a coffee cart within the pop-up space with free coffee served on the opening day from 2pm-5pm!