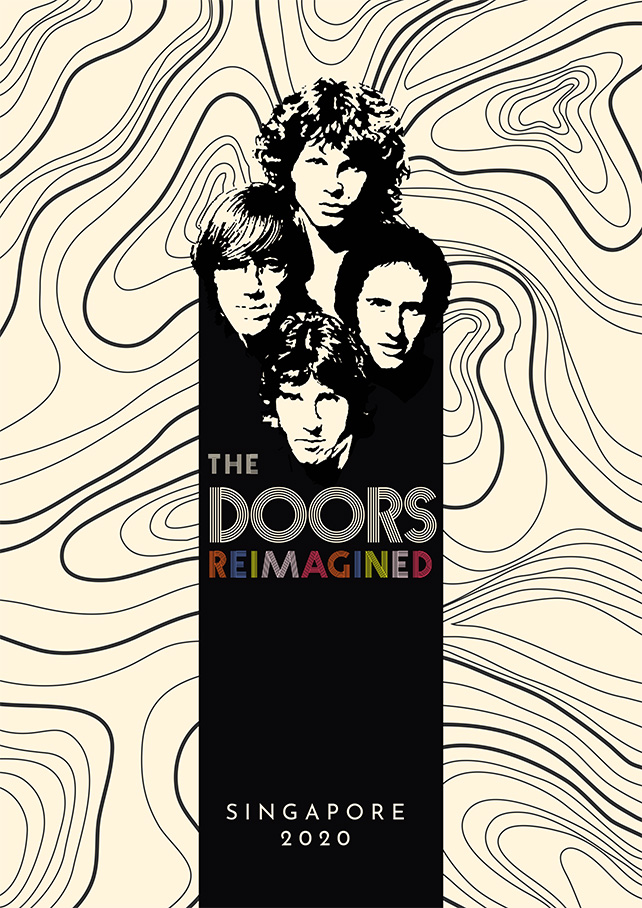 Music lovers in Singapore, start your year on a high with the iconic music of American rock heroes, The Doors, and relive the legacy of their frontman, Jim Morrison, on February 7 and 8 at Sands Theatre at Marina Bay Sands.

The Doors released eight albums over a period of five years back in the 1960s, becoming one of the best-selling rock bands of all time with over 100 million albums sold worldwide. With a string of hit singles and albums, the band’s success also saw the rising of a rock shaman – Morrison.

More than 50 years on, The Doors’ music and Morrison’s mystical command remains more influential than ever. With the band never having performed in Singapore before, The Doors – Reimagined is an entrancing recreation of their sound and presence.