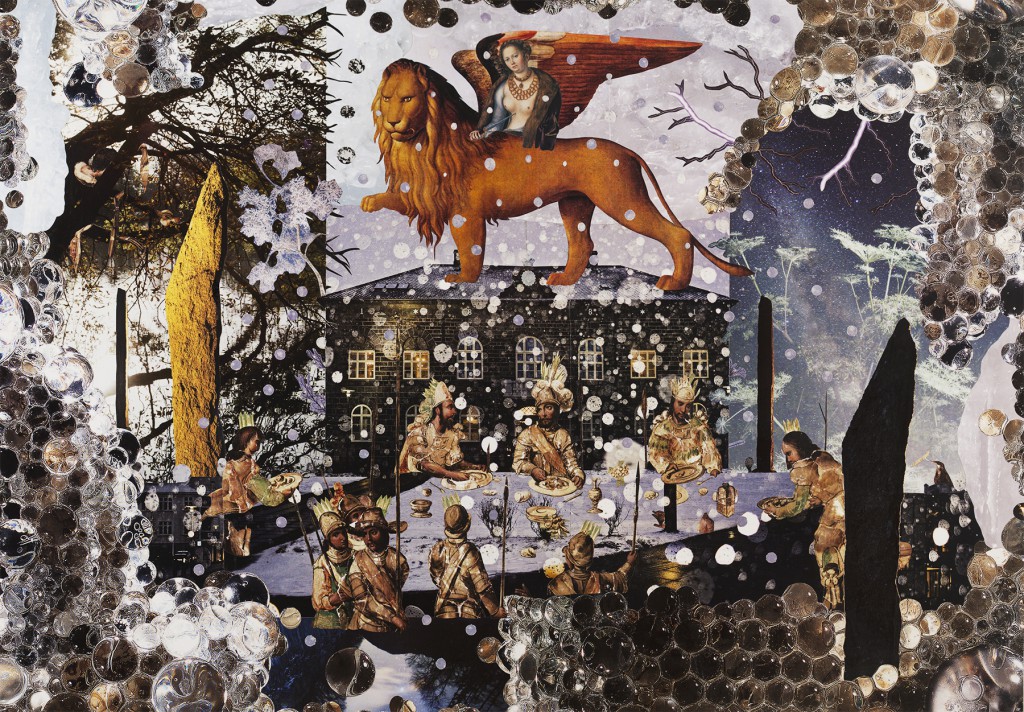 Featuring 35 of Antoine Rameau’s latest photo-collages, this new exhibition will present a series of vintage-style collages referring to iconic pin-ups and brands from the 1950-60s’ to express “THE ESSENCE” of dreams, beauty and desire, as well as the birth of “consumer society”.

Inspired by an eclectic range of sources including comics, Pop Art, Street Art and the Recycled Art movement, Rameau started experimenting with collage early on.
He explored different techniques, from Surrealist juxtaposition to Cubist construction, and slowly developed his unique style while collecting evocative images of mixed origins (namely Western and Asian) and turning them into oniric new visual worlds.
Each collage tells an elaborate story filled with multiple symbols and often satirical messages, which viewers can interpret based on their own experiences.

His works are fully hand-made: all pictures and papers are cut, transformed and glued together through a complex and meticulous “recycling” process. Rameau loves the idea of “giving photos a true second-life” being part of a new visual creation. “Sometimes, pictures that I mixed have absolutely nothing in common but I amazingly feel they were meant to be assembled together”, he says.

A lush representation of nature was playing a key role in his early fantastic works, where trees, flowers, rocks and wild (often weird) animals were taking central stage. In sharp contrast with these idealized nature, the artefacts of technology and standardization embodied an invasive and sometimes threatening modernity.

His recent creations draw from a singular combination of vintage photographs, old maps, newspapers and comics.