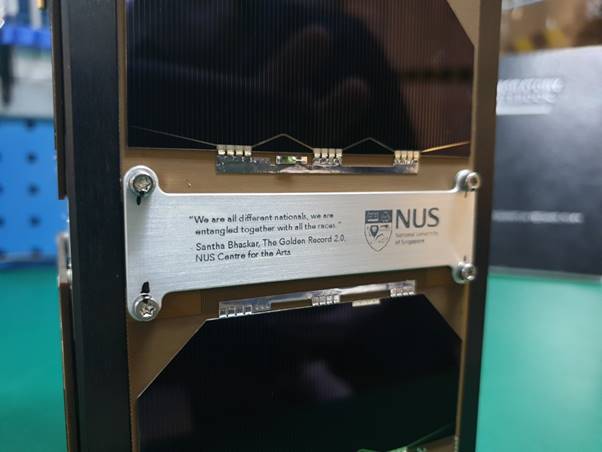 Written and directed by Edith Podesta, performed by NUS Stage

As Singapore marks the bicentennial year of Sir Stamford Raffles’ landing, the question of how we see ourselves as a nation is brought to fore more prominently, provoking a re-evaluation of the narratives we create to project ourselves to others.

Completing a trilogy of original plays inspired by the 1977 launch of the Voyager I and II spacecraft that carried two golden records deep into space, The Golden Record 3.0 re-examines how we represent Singapore to other beings and what that says about ourselves.

In a city-state that has had to constantly reinvent itself, is it possible to define what is Singaporean and leave a legacy when so much of our history and culture is already being forgotten?

Presented with the participation of key voices from Singapore’s creative and academic worlds, The Golden Record 3.0 is the culmination of two years of research and exploration involving people from across the stratum of Singapore’s national identity.