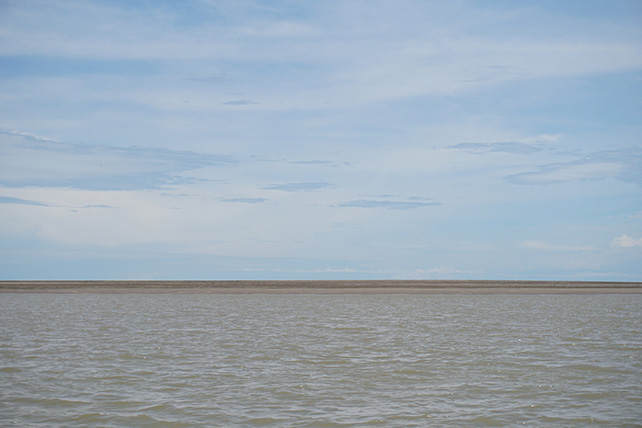 The Oceanic investigates the long cultural history of the Pacific and its Archipelagos, as well as the impact of recent human activities at sea. From video works that critically examine ecological interferences—such as the construction of industrial harbours, the acidification of oceans, and the impact of deep-sea mining—to other artistic engagements, including “interviews with an atoll” that highlight cultural practices in the Pacific, this exhibition addresses large-scale human disturbances in oceanic ecospheres, which have brought about irreversible damage to marine and coastal habitats. The works presented juxtapose technologically driven explorations with research on indigenous knowledge systems to foreground this vast area that covers 70 percent of our planet.

Emerging from Thyssen-Bornemisza Art Contemporary–Academy (TBA21–Academy) The Current’s first cycle (2015–17) of expeditions to Papua New Guinea, French Polynesia, and Fiji, the works in the exhibition deal with the environmental, cultural, and social transformations that have taken place on less accessible littorals and island groups. These ongoing projects by the artists have been created and developed in exchange with the local residents, researchers, and experts from various backgrounds. 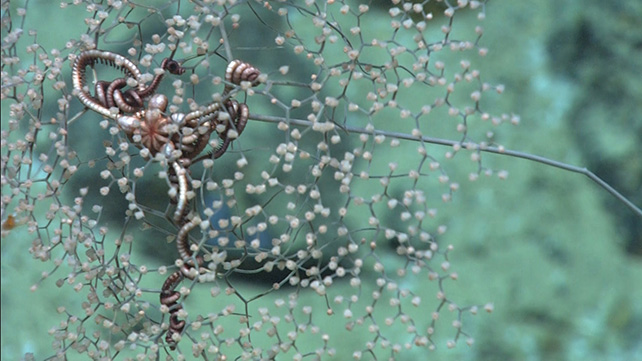 Armin Linke, OCEANS. Dialogues between ocean floor and water column, 2017, still from four-channel video installation, realised in collaboration with the Edith-Russ-Haus for Media Art. Part of the project “Year of Science 2016*17 – Seas and Oceans,” German Federal Ministry of Education and Research. Commissioned and co-produced by TBA21–Academy. Courtesy the artist.

The Oceanic, following Allan Sekula’s Fish Story, to be continued (2015) and Charles Lim Yi Yong’s SEA STATE (2016), is the third exhibition presented by the Centre to highlight findings of long-term artistic and scientific research about the impact of industrial-scale human activities on the Earth’s oceans. This exhibition also marks the start of NTU CCA Singapore’s new overarching research topic CLIMATES. HABITATS. ENVIRONMENTS., which will inform and connect the Centre’s various activities—ranging from research to residencies and exhibitions—for the next three years (2017–19).

Climate change has become an urgent issue around the globe for its impact on urban environments and other habitats. As we face global warming, changes in weather patterns are causing droughts, large storms, severe flooding, and rising sea levels, forcing the migration of humans and animals. The Centre intends to gain a deeper understanding of these precarious realities through projects across disciplines, bringing together artists, scientists, and practitioners from diverse fields of knowledge.