The Parliament in Singapore History 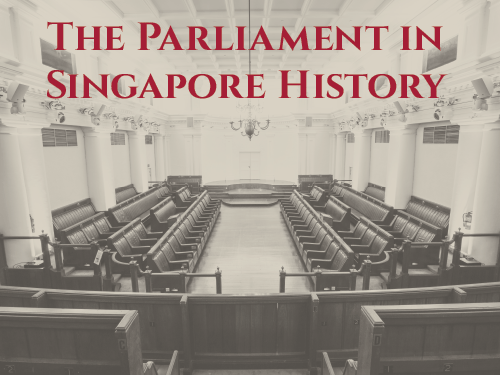 The Arts House is presenting a fresh narrative of the varied career path of its building. This new narrative display charts the history of The Arts House from 1827 to 1999. View the story of a house that has witnessed the birth of a nation as well as the development of a legislature that has contributed to Singapore’s growth and progress as a multi-racial parliamentary democracy. Through rare archival images and spoken words of pioneer Parliamentarians such as Singapore’s founding Prime Minister Lee Kuan Yew, Dr Goh Keng Swee and Mr S Rajaratnam, the exhibition captures the spirit of our nation-building journey.

The oldest government and public building in the Republic, the most significant years of The Arts House must have been those between 1965 and 1999. During this period, this neo-classical colonial building was the seat of independent Singapore’s Parliament, where important historical milestones were planted. Here, our political pioneers and nation builders deliberated key issues that were to chart the path of Singapore’s development, and to define the style of our politics.

Guided Tours: Every Saturday & Sunday, 11am & 1pm
The complimentary tours are on a first-come-first-served basis, no payment or registration is required. Each tour can accommodate a maximum of 20 people (including children).