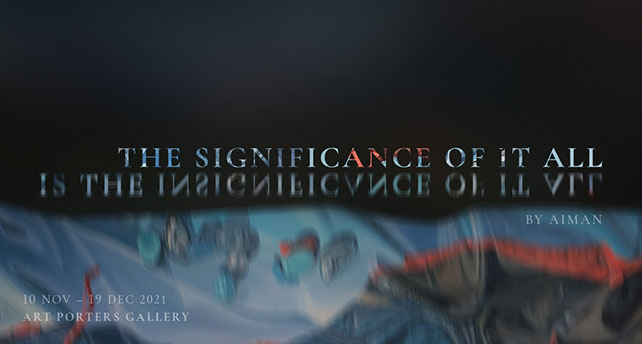 According to Plato, the visible world to which we experience is a mere shadow—a poor conception of the world we actually belong to. The Significance Of It All Is The Insignificance Of It All explores this allegory known as ‘Plato’s cave’, juxtaposed within the archetype of spiritual liberation—an existential pursuit in which the divine and the terrestrial combine.

The series depicts the wilderness — a re-imagination of the world portrayed in its most natural state—in the grandeur of its genesis. Layered into multiplex narratives, the vistas however unveil themselves to be mere illusions, their verity exposed by expanding distortions of form — a downward pull from the effects of gravity. In allowing the process to take its course, a formless state of nothingness is revealed, and the idea of an infinite possibility is introduced.