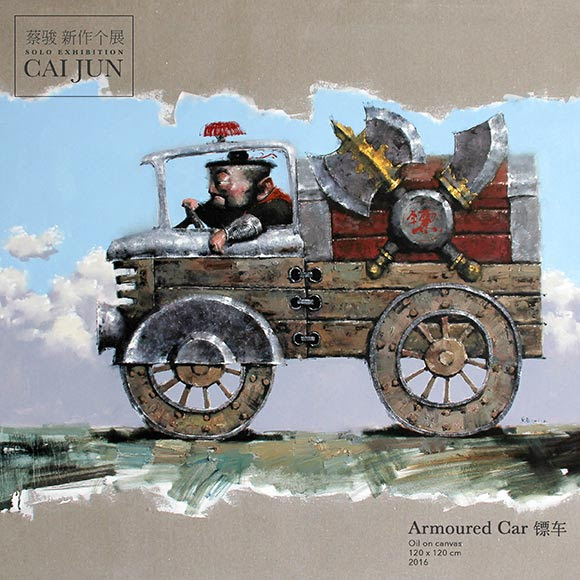 The Three Kingdoms (AD 220–280) was the tripartite division of China between the states of Wei (魏), Shu (蜀), and Wu (吳) which followed the Han Dynasty and involved the fight for imperial power in ancient China. The Three Kingdoms represents the bloodiest period in Chinese history, considered the second deadliest period of warfare to date, beaten only by World War II.

In this new series, Cai Jun recreates the famous folk tales inspired by this period, and brings it to life with oil on canvas. He uses vibrant colours and his typical playful style to add an element of humour to the scenes and ancient characters.