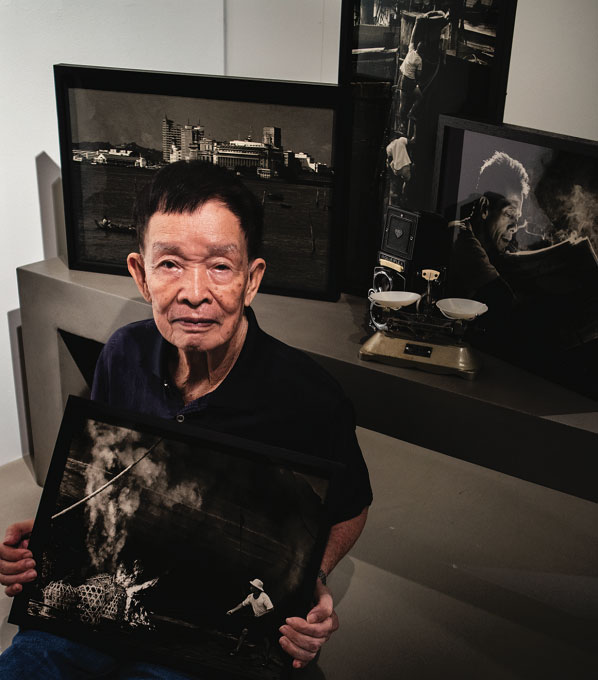 artcommune gallery presents the first solo exhibition of Singapore photographer, Hor Kwok Kin (b. 1939). Through the Streets and the Darkroom showcases a nostalgic collection of over 40 black-and-white photographic images, which were captured and developed by the artist using darkroom techniques, and in limited editions, in the period of 1960s-80s. A commemorative monograph featuring 63 of the artist’s black-and-white photographic works will also be launched in conjunction with the exhibition.

Several of Mr Hor’s works had won awards in international photography competitions and participated in international photography exhibitions. He earned the Associateship of The Photographic Society of Singapore (PSS) as well as the Royal Photographic Society of Great Britain (RPS) in 1986. He was subsequently awarded the Fellowship of RPS in 1992 – a rare feat in his time as only 22 Singapore photographers, including himself, attained this honour. Mr Hor is also one of the prominent judges of the Singapore International Salons of Photography (SIP), organised by PSS. 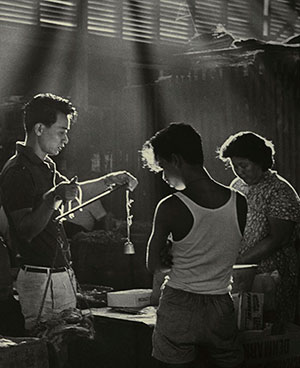 Hor Kwok Kin (b. 1939, Ipoh) came to Singapore in 1958 and worked for over a decade at Loong Yick Kee Restaurant in Bugis before venturing out in the 1970s to open his own tze char stall. Mr Hor was a chef by occupation, but pursued photography with an unreserved passion. In his early days working at Loong Yick Kee Restaurant, he laboured from 11am to 1am daily, and without off days. With dogged determination, and by compromising the only window of rest he could afford, Mr Hor went onto the streets of Singapore and shuttled between ends of the island between 5:30-11am in the mornings to take photographs. As shoots were conducted in the early hours of the day, his images were often drenched in intense morning sunlight, giving rise to the dramatic backdrops for his subjects. Unable to afford the equipment and services that well-to-do photographers had access to, he converted the bathroom of the restaurant into a darkroom where he processed his photographs by mixing the chemicals from scratch.

Mr Hor’s art can be classified alongside the works of other modernist photographers, such as his friend and mentor Yip Cheong Fun. The thoughtful use of geometric elements in his compositions particularly recalls the latter’s influence. Deeply influenced by Henri Cartier-Bresson, he aimed in his practice to capture realist Singaporean scenes by seizing upon moments of working-class activities and everyday interactions among ordinary folks. As the period of Mr Hor’s practice coincided largely with the transition of a post-independent Singapore, he managed to archive in the process a variety of sites, professions and activities that once characterised life in Old Singapore.