Tomorrow Never Comes: The Past The Present The Forever 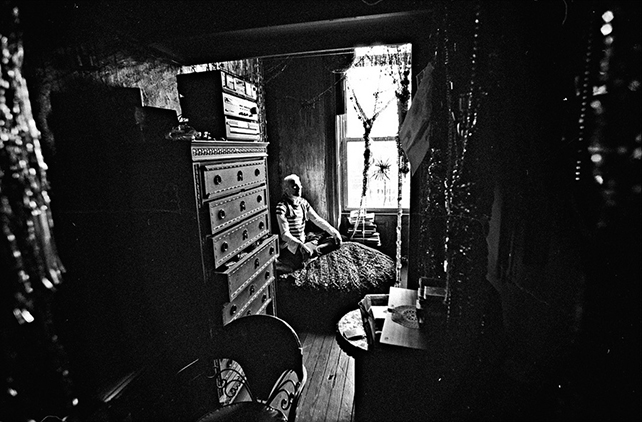 Julia Calfee, Inside the Chelsea Hotel

Feted in Singapore for her 2012 exhibition “Inside the Chelsea Hotel”, the multimedia artist Julia Calfee is making a triumphant return to the country as the latest Artist in Residence at Hotel Vagabond from the 12th to the 22nd of January 2016. Calfee’s tenure at Hotel Vagabond over its grand opening will allow guests and visitors to experience the world through the eyes of the artist.

On the 22nd of January, she will present a special exhibition free to the public. Titled “Tomorrow Never Comes: The Past The Present The Forever”, it consists of a retrospective look at her past work “Inside the Chelsea Hotel”, and a glimpse into her current and future projects “A Glacier’s Requiem” and “Messages from Another World”. A multimedia presentation in three parts, it will showcase the films, photos and songs crafted by Calfee, which she personally believes best captures the essence of her art projects. After the exhibition, the Vagabond Salon will morph into the official after-party venue for Art Stage Singapore 2016.

As an artist, Calfee works exclusively on long-term projects, to better understand and portray what goes on beneath apparent reality. In visualizing and documenting the unseen, her works provide an “augmented reality of disappearing worlds”. Nowhere is the need to unveil the invisible more urgent than in her two-year project on global warming, “A Glacier’s Requiem”, consisting of black and white photos and audio recordings of glaciers as they melt away. Whilst in residence at Hotel Vagabond, Calfee will also exhibit this timely piece.

After majoring in Art History at the Sorbonne, Julia Calfee has spent most of her professional life living and working across Europe and Asia. Her work has been shown in museums and galleries in France, Great Britain, Italy, Spain, Czech Republic, Singapore and the USA.