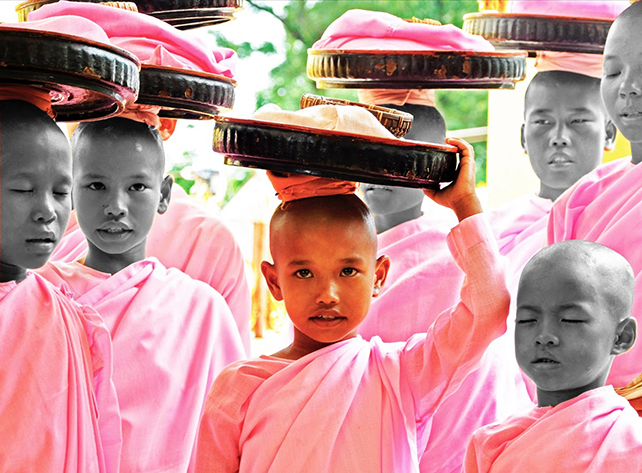 Myint Myint Tin, Phyu Mon and Zoncy represent three generations of women artists devoted to making women’s voice heard in the artist community in Myanmar. Each of them has been influenced by the political context in which they have grown and developed as artists. 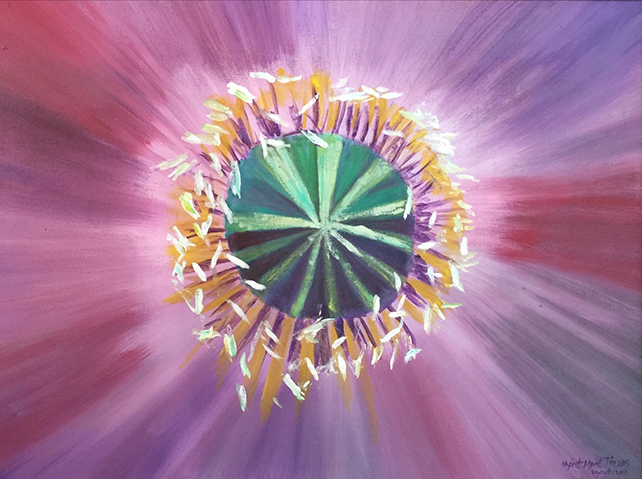 Myint Myint Tin’s new series Poppy Fields is her response to the cliché representation of flowers, and a criticism of the cultivation of poppies used to feed the drug trade.

Phuy Mon’s series Where We Are refers to the static nature of Myanmar’s society, despite the political changes that took place over the last fifty years. 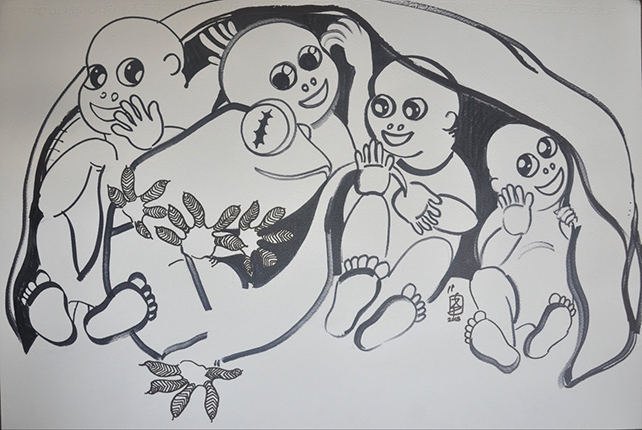 The carefree images in Gecko Stories, inspired by Zoncy’s youth and the joyful games she played with her sisters and grandmother contrast with the Survival Game’s series, where she represents the daily challenges and adversity faced by families in Myanmar.

The three series reflect a critical look at Myanmar society through women’s eyes.