Under the Night of the Unseen Stars 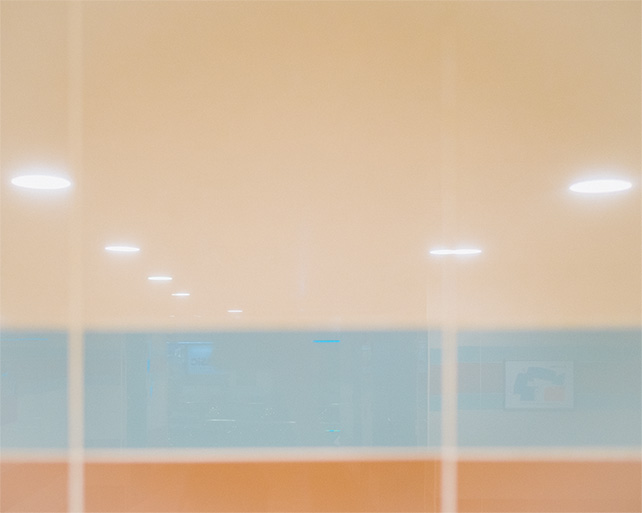 Artificial lights have always taken center stage as subjects in Toni Cuhardi’s photographs. He prefers thinking of photography as not only a practice of writing with light, but also capturing light and making them apparent and seen. One of his approaches is to capture emitters of lights, be it the faintest LED indicators of smoke detectors to fluorescent tubes lighting up a building’s corridors.

Seemingly banal moments in everyday life foment creativity – en route a lit void deck, in a lift lobby or even on a trip to the toilet, he noticed light travelling beyond their intended path, crossing through reflective surfaces and materialising in a fixed constellation. The barriers at which lights are supposed to cease suddenly transformed into a crosswalk between him and his imagination. As he focused on the infinity, details of the scene faded away, leaving him with lights that line themselves into constellations.

Within this series of images, the viewer’s eye seeks the sources of illumination, akin to an ancestral mode of way finding. The work is an invitation to explore and wander, and to ponder on the concept of reflection itself, asking oneself: what would you focus on?