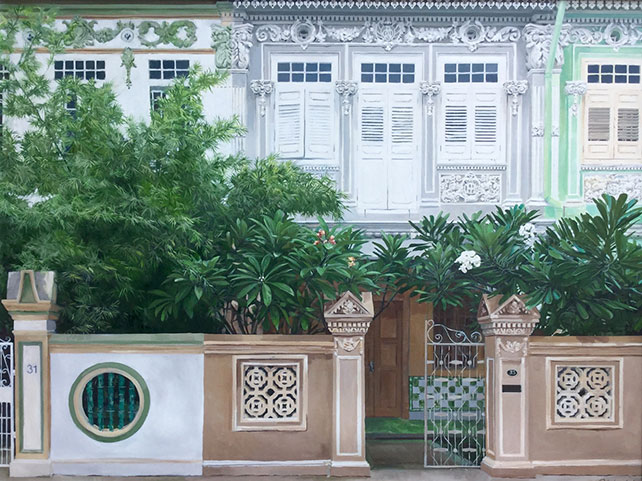 Urban-G focuses on the works of five painters, each examining an aspect of our local built or natural physical environment and exploring the social–economic-cultural ethos emanating from it when the country was/is still ‘young’.

Choy Weng Yang is a painter from the Pioneers generation who has been painting for several decades. He works with the idioms of pure complementary colours and slashing, enmeshing mark-making to bring out a charged, heightened space of light and drama.

Brian Adams’ works look to what has been Edenic in the treescape and plantings within our cultivated parks, grasslands or open spaces near residential edifices. His paintings open up visions of possible relief, transcendence and escapes from our ever hamstrung hastening lives.

Dick Lim’s work captures with much visceral effect the almost palpable pithy acrid smelliness of the Singapore river in its murky crowdedness.

Liang-Gek Cheng’s works mediate on her memories of growing up in the Singapore of the mid 60s among the dwellers who kept vegetables and husbandry farmsteads to being fed a staple of stories by her grandmother and parents who had lived through the war years and its aftermath.

Jeffrey Wandly captures historical landmarks in his own distinct style. Using ink and acrylic on canvas, this architecture-trained artist’s mark makings have been described as “fluid with bouncing and dancing lines”. 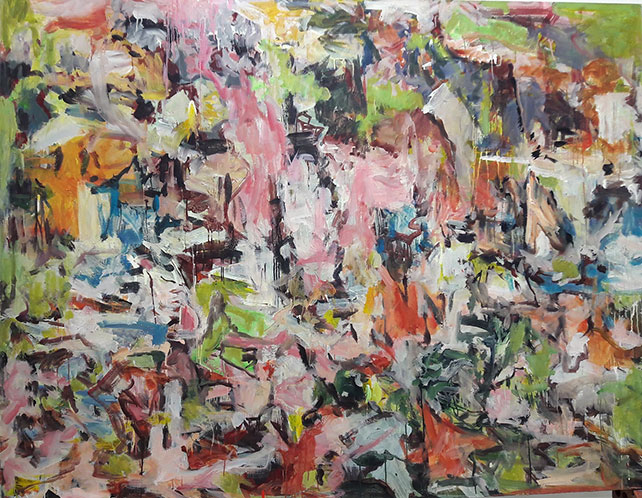