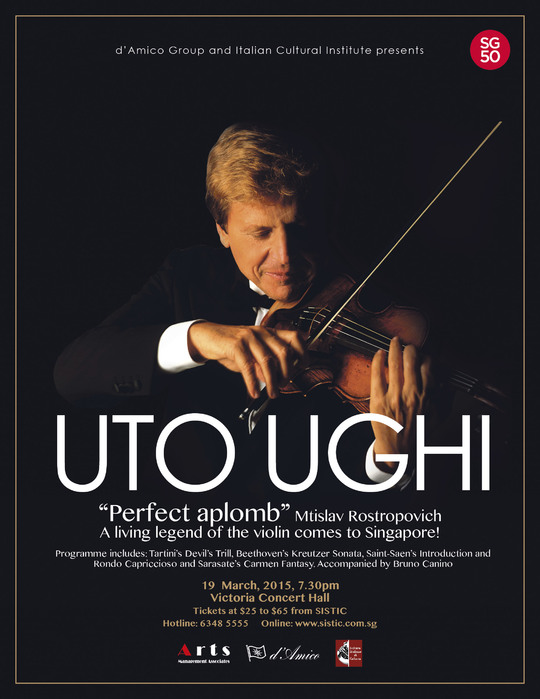 Uto Ughi is considered one of Italy’s greatest living violinists and present heir of the Cremona violin school. He showed an extraordinary talent from an early age, giving his first public concert when he was only seven. Since then, his career hasn’t stopped. He has played all over the world with the most famous symphonic orchestras including the Concertgebouw in Amsterdam, the Boston Symphony Orchestra, the New York Philharmonic and many others.