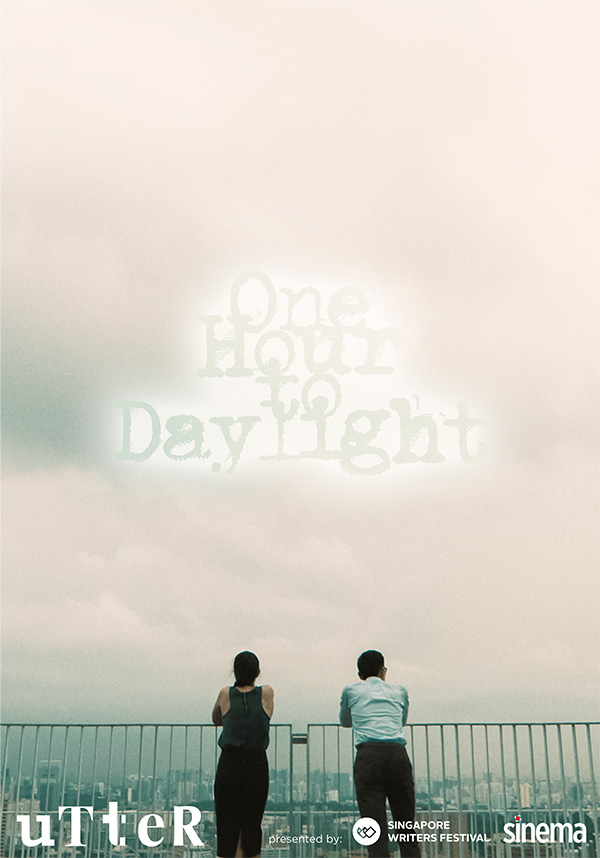 This year, Utter is presented through One Hour to Daylight (NC16), a 75-minute social drama film that is loosely based on the 2011 “Curry Dispute”[1]. The subplots of the film are adapted from four local short stories written by prominent Singaporean authors in their native languages. We hope the film and post-screening dialogue sessions will open up shared conversations between artists and the public, on social issues that are relevant to all.

Four young and emerging directors — Sufyan Sam’an, Jacky Lee, Jonathan Choo, and D. Vel Murugan — were brought together by Creative Producer, Nicholas Chee, to co-direct the multi-protagonist film. Pre-production began in mid-April and principal photography started on 16 May 2016 for 10 days.

The completed film will be screened to the public on 20 and 25 September, at the Golden Village Cinema in Suntec City. Each session will be followed by a dialogue session and book signings with the directors, authors, and screenwriters. A Film Companion Guide will be issued with every ticket purchased, providing moviegoers with more information on the short film – stories, scripts, director notes and film treatments. In addition, a Graphic Novel interpretation of the screenplay by Dan Wong, the comic book artist behind A Good Citizen, will also be given to all audiences.